May a Kohen Skip to the Head of the Line?

May a Kohen Skip to the Head of the Line?

You shall sanctify him, for he offers the food of your G-d; he shall be holy
to you, for holy am I, Hashem, Who sanctifies you.

The Mishna in Horayos (13a) famously rules that a Kohen must be given preferential treatment before a Yisrael or Levi. The Gemara (12b ibid.) explains that this is derived from the word “v’Kidashto” – “you shall sanctify him” in the Posuk in our Parsha. The law of “v’Kidashto” affords the Kohen preferential treatment both in matters of Kedusha, such as leading the Bentching or receiving the first Aliyah when the Torah is read, as well as in mundane matters such as selecting the choicest portion.

The Gemara (12b ibid.) explains that this is derived from the word “v’Kidashto” – “you shall sanctify him” in the Posuk in our Parsha. The law of “v’Kidashto” affords the Kohen preferential treatment both in matters of Kedusha, such as leading the Bentching or receiving the first Aliyah when the Torah is read, as well as in mundane matters such as selecting the choicest portion.

The Status of a “Line” in Halacha

The Gemara in Sanhedrin (8a) learns from a Posuk that when two litigants come to Beis Din, the person who arrived first should have his case heard first3. The commentators explain (based on the Bach and Prishah) that the Gemara does not refer to the person who is ahead in the line, but to the person who already began laying out his case before the Dayan. In that case, the Dayan should not interrupt the case and begin another one. But, in the words of the Bach, “there is no preference given to the person who first entered the court”.

Nevertheless, many of the Poskim contend that among the litigants themselves, each person’s place in the line should be respected. Proof for this can be found in the Gemara (Sanhedrin 32b) that discusses the case of two ships that are headed toward each other in narrow waterway, or two camels on a narrow mountain path. The question is, which of them needs to give way to the other?

The Gemara cites a Beraisa that rules that where one of the ships or camels is carrying a load it has preference. The same is true if one of them is closer to its destination. If both are equal, a compromise should be sought. These rulings are based on the Posuk “Tzedek Tzedek Tirdof” – “you shall surely pursue righteousness”.

According to the Meiri, this Gemara reflects an area of Halacha that is governed by common sense rather than by rules and regulations. Where we must determine who has right of way, we determine in a sensible way which of the two parties can more easily manage a delay. The same would be true if one of the parties were sick and the other healthy. A person should similarly give preference to an orphan, widow, or Talmid Chacham. The Meiri concludes “and if all are equal, we give preference to the person who came first”

A similar conclusion could perhaps be drawn from the law of “Ani ha’Mehapech b’Charara”. The Halacha is that a person may not push ahead and purchase an item that somebody else had already shown an interest in but should stay in his place in the line. The seller, by contrast, need not honor a person’s position at the front of the line and, just like the Dayanim in the Beis Din, may decide to give preference to whomever he wishes

In theory, the same would be true of a line of patients waiting to see a doctor. The patients should honor each other’s position in the line, but the doctor should have the right to give preference to a patient irrespective of his position in the line. However, contemporary Poskim maintain that in practice, our current medical system is based upon an expectation and understanding of “first come, first serve” – especially when appointments have been scheduled – and the doctor can only rearrange the order of the line on the basis of acuity and not for any other reasons.

Preferences that Supersede the Line

As stated above, litigants waiting in line in the Beis Din must honor each other’s position in the line. Nevertheless, there are certain people who are given preference and may skip the line. The Shulchan Aruch (C.M. 15:2) rules that an orphan takes precedence over a widow, a widow over a Talmid Chacham, a Talmid Chacham over an unlearned person, and a woman over a man.

These preferences are not limited to those waiting in line in the Beis Din. Rav Yitzchak Zilberstein Shlit”a (Halacha u’Refua 3, p91), cites the aforementioned Meiri as proof that the preference of the orphan and widow applies in all circumstances – including waiting in line for the doctor.

Rav Zilberstein also rules that according to the Meiri if one person in the line is sicker than the others, he should be given precedence. The obligation to wait in order of arrival only exists where no other order of precedence applies

Giving Precedence to the Kohen

What about the Mitzva to give precedence to a Kohen? As we have seen, the obligation to wait in line does not apply when there are other reasons to give somebody precedence. Should a Kohen be allowed to skip the line at the doctor?

Strictly speaking, based on the above sources, it would seem that a Kohen should be allowed to skip to the head of the line. However, the Minhag is not to give the Kohen precedence. Tzitz Eliezer (18:69) reasons that this may be due to the fact that the lineage of Kohanim is doubtful nowadays (see Magein Avraham O.C. 201:4 and Ya’avetz, Migdal Oz, Even Bochen, Pina Alef, 89) and we therefore no longer afford them the benefits of v’Kidashto

In many shuls, people have assigned or fixed seats, and seats are even “sold” for an annual or monthly fee in some communities. In places where seats are not sold,  people nonetheless have a “Makom Kavua” where... 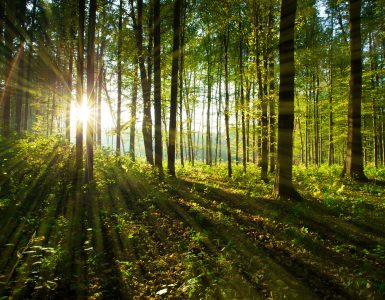 Environmental allergies are common and affect up to one-third of the world’s population. A wide variety of allergens can cause the symptoms that characterize allergic reactions, including tree, grass, and weed pollen...

Although we consider all people to be Tamei Meis today, Kohanim are still prohibited from coming into contact with a Meis. In addition, a Kohen may not cause his son to become Tamei, even if he is a minor, even a one...

A Question of Intent