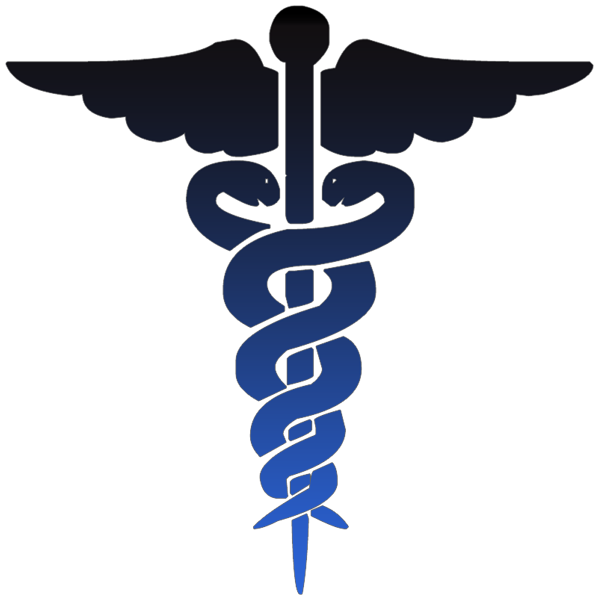 I Struck Down and I Will Heal

I Struck Down and I Will Heal

One of the core axioms in Jewish belief is that everything occurs only through a divine decree from Hashem. This means that the onset of illness and disease is guided precisely by Hashgacha Pratis. Being conscious of this idea is comforting as one may deduce that He who sent the difficulty in the first place, can send a cure or a solution just as easily. Hence, “even if a sharp sword is placed on a person’s neck he shall not despair of mercy” (Berachos 10a).

Hashem afflicts people with illness to provide an opportunity to improve their Avodas Hashem and to recognize that He is the source of everything, including health. This recognition often comes after a person’s recovery, and his Emuna grows as a result. The Ba’al haHafla’ah[1] in his Sefer Panim Yafos discusses this idea in his commentary to the Pasuk above:

We can also explain the Pasuk, “See, now, that I, I am He” in this way. When Hashem ‘hides his face’ from the Jewish people, it is in fact an act of kindness. As Chaza”l say, Hashem preempts the punishment with the remedy (“Makdim Refua l’Maka”), meaning that the punishment itself is sent for to effect the remedy. Similarly, death was decreed upon Adam haRishon so that he would be rectified by his death and thus be revived at Techiyas haMeisim in the state he was before the sin of the Tree of Knowledge. This is also the meaning of what David haMelech wrote in Sefer Tehilim (30:4) “Hashem, you have raised up my soul from the lower world; You have preserved me from my descent to the pit”. In other words it was the descent to the pit which caused him to live.

When a person believes that Hashem is both the source of illness and also the source of the cure, he can contemplate why he has been afflicted. He should recognize that his health will correlate with his degree of Emuna and with his adherence to the Mitzvos, as the Pasuk states, “And He said, ‘If you hearken diligently to the voice of Hashem, your God and do what is just in his eyes, give ear to His commandments and observe all of his decrees, then any of the diseases that I placed in Egypt I will not bring upon you, for I am Hashem, your Healer.” (Shemos 15:26). Rashi (ad. loc.) explains: “And he has taught you Torah and Mitzvos in order that you will be spared from them (the punishments suffered by the Egyptians)

just like a physician who instructed a person, ‘Do not eat this item lest it cause you to contract this disease’.”

Therefore, when a person sins and is accosted by sickness or other difficulties he should not despair. He should realize that his salvation depends upon his understanding the message that has been sent to him from Heaven, and that, if he repents and mends his ways, he will recover. The Gemara in Sanhedrin (101a) elaborates:

Said R’ Abba to Rabba bar Mari: The Pasuk states, “Any of the diseases that I placed in Egypt, I will not bring upon you, for I am Hashem, your Healer”. If Hashem will not “bring [the diseases] upon them” of what need will there be for “healing”? Rabba bar Mari replied: R’ Yochanan said the following: “This Pasuk can be expounded [and the contradiction resolved] from [the words of the Pasuk] itself. It says [at the beginning of the Pasuk] “If you hearken diligently to the voice of Hashem, your God”. Thus the Pasuk can be explained as follows: “If you will hearken diligently,” I will not place the diseases upon you, but if you will not hearken, I will place them upon you. Nevertheless, I am Hashem your Healer (in other words, even if you sin and I cause you to be stricken by disease, you can be cured through repentance for I will heal you.)

In Parshas Chukas (Bamidbar 21:9), the Torah relates that Moshe was instructed to fashion a copper snake to heal the people who had been attacked by a swarm of dangerous snakes which Hashem had sent to punish them. All those who had been bitten and cast their eyes upon the copper snake would be healed. The Mishna in Rosh Hashana (29a) explains:

And does a snake kill or bring to life? Rather, when the Jewish people looked Heavenward and subjugated their hearts to their Father in Heaven – they were healed, but if not they would perish.

If the copper snake did not actually bring about the cure, what was the point of Moshe creating it? The Ramban offers a famous, novel explanation.

Such is the manner of the Torah – all of its [commanded] matters [of a miraculous nature] are miracles within miracles. [In this case] the harm was removed by the very object that caused the harm, the sick person cured by his very illness. It is known in the practice of medicine that all those who have been bitten by poisonous creatures are endangered when they see the animals or their images. In fact, those who have been bitten by rabid dogs or other rabid creatures, if they look into [a pool of] water, those creatures will appear to them and they will die. Similarly, the doctors who treat them are careful never to mention the name of the creature that bit them, as their minds will be obsessed with that thought until it kills them…

…In this light, it would have been advisable that the Jews who had been bitten by fiery serpents not look at a snake, nor speak of one or think of one at all. Nevertheless, Hashem commanded Moshe to create the form of fiery serpent (“Saraf”) that had killed them…

…It is known that the bodies of red-eyed, wide-headed fiery serpents are copper-like at the neck. Therefore, Moshe could only fulfill the directive to create a fiery serpent [that resembled those that had bitten the people] by making a copper snake, for that is the appearance of a Saraf. Had it been made from another material it may have resembled a snake but not a Saraf….

…The overall idea is that Hashem commanded that they be healed through the harmful animal itself, which – according to the natural order – should have caused their death. They created it and placed it [in full view] and when a person would stare intently at the copper snake which very much resembled the creature that had harmed him, he would live. This was to teach them that it is Hashem who causes death and who brings to life.

According to the Ramban, the creation of the copper snake was to teach that there is nothing that can impact upon a person’s physical health other than Teshuva. Hashem directed their cure through the vehicle of a snake which should have caused their health to deteriorate, but instead saved their lives.

Later in history, the Jewish people came to rely on the copper snake as a source of salvation. Rather that perceiving it as an object lesson that Refua only emanates from Hashem, the opposite occurred and they considered it a power of its own and began to worship it as an Avoda Zara. Therefore Chizkiyahu haMelech destroyed it, as described in Sefer Melachim II (18:4). The Radak (ad. loc.) elaborates:

From the time that the Kings of Yehuda became evil and the Jewish people turned to Avoda Zara, until the reign of Chizkiyahu, the Jewish people would offer incense to it [the copper snake]. Since they saw that the Torah says, “And he (a person bitten by a snake)

would see it [the copper snake] and would live”, they thought that it would be good if it were an intermediary and they would worship it. It had been left since the times of Moshe to act as a remembrance of the miracle, just like the jar of Mon[2]. Asa and Yehoshafat had not removed it (as they had with the other Avoda Zara), as during their reign they did not find that the people were worshipping and offering incense to the snake. They therefore left it as a remembrance of the miracle. But Chizkiyahu saw fit to remove it when he removed all of the Avoda Zara that the people had been worshipping during the reign of his father, as they had been worshipping it [too] like an Avoda Zara. Though the righteous people would be reminded of the miracle through it, Chizkiyahu said “It is better to remove it and forget about the miracle than to leave it and the Jewish people today or tomorrow will mistakenly serve it”.

We will conclude with the Gemara in Pesachim (68a) which adduces proof to the notion of Techiyas haMeisim from the Pasuk we cited at the outset of this essay:

Rava raised a contradiction: It is written, “I put to death and I bring life” and it is written “I struck down and I will heal”. If [Hashem is able] to bring to life, he is certainly capable of healing. [Why then is there a need for the second phrase of the Pasuk?] [Rava resolved the contradiction:] This is what haKadosh Baruch Hu is saying: A person whom I put to death, I am able to bring [back] to life, just as I strike down and I heal. [In other words, the Pasuk does not refer to two different people, one of whom Hashem puts to death and another whom Hashem brings into being. Rather, “Just as I can heal the same person whom I strike down, I am similarly capable of reviving the same person whom I put to death”]… This is a retort to those who claim that Techiyas haMeisim is not referenced in the Torah.

Another interpretation. Firstly, I revive the person whom I put to death then I heal whom I struck down. [In other words, if those who arise at Techiyas haMeisim were originally sick or disabled, Hashem will first revive them in their original state and then He will heal them. Thus “First I put to death and I revive” and then, “I struck down and I heal”.] [Editor’s note: We find a related idea in the Alshich’s commentary on Megilas Koheles, which will be read this Shabbos. The Posuk says “Only that which has happened shall happen, and only that which has occurred will occur; there is nothing new beneath the sun” (Koheles 1:9). The Alshich writes that Chaza”l[3] interpreted this Posuk as addressing one who denies Techiyas haMeisim, “if that which hasn’t happened will happen [in the days of Moshiach], surely that which has happened already will happen again – Eliyahu, Elisha, and Yechezkel all revived the dead.”]

This is a continuation of last week’s discussion regarding someone who is unable to speak reciting Brachos through Hirhur (contemplating the words of the Bracha) and cases of Ones. This week’s essay will focus on...