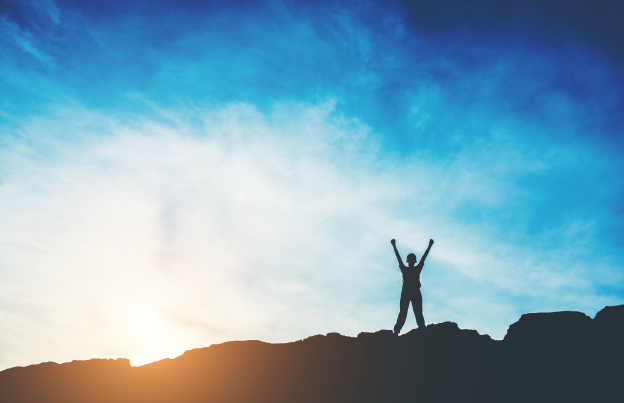 And Moshe said to the sons of Gad and the sons of Reuven, “Your brothers will come in to battle and you will remain here?” (Bamidbar 32:6)

This week the world was gripped by the dramatic rescue of the trapped Thailandai boys who had strayed into a cave and been trapped by rising tides. As ever, in times of emergencies the beautiful side of the Jewish nation came to the fore as personnel were flown from Israel across the world to join the complex rescue mission.

Was there any element of self-interest in joining this mission? Certainly not. It was a display of extraordinary ethical conduct that reflected the imperative to look beyond one’s own affairs and pay attention to the distress of others, though they be far away. Self-interest was certainly not the name of the game.

Fascinatingly, this lesson can be detected in an episode in this week’s Parsha.

The Torah records that the tribes of Gad and Reuven submitted a request to Moshe Rabbenu to remain in the trans-Jordan and not inherit a portion in Eretz Yisrael. The reason for this request was that the trans-Jordan had vast swathes of pasture for their numerous flocks and cattle. Moshe fiercely opposed the idea, highlighting the selfishness of living safely in their havens across the river as their brethren battled tooth-and-nail with the Canaanaites to conquer the land. In Moshe’s eyes they could not be allowed to separate themselves from the Tzibur, even if they were willing to relinquish their rights to Eretz Yisrael in return.

Moshe also harshly criticized the Bnei Gad uBnei Reuven stating, “Behold – you have risen up in place of your fathers, a society of sinful people!” (32:14). Chaza”l moreover expound the Pasuk in Koheles which states, “The heart of a wise man is on his right, and the heart of a fool is on his left” to refer to Moshe Rabbenu (the wise man) and the Bnei Gad uBnei Reuven (the fool) respectively. For the Bnei Gad uBnei Reuven behaved foolishly by requesting, “Pens for the flock shall we build and cities for our small children” (32:16), for this gave precedence to their flock over their children! Moshe replied that their request was irrational and Hashem swore that no blessing would be forthcoming in their settlement of the trans-Jordan, as they had placed more importance on their monetary possessions than on the souls in their midst. In their regard the Pasuk states (Mishley 20:21) “If an inheritance is seized hastily in the beginning, its end will not be blessed”.

Ultimately Moshe agreed to their request as they promised to join the battle to conquer Eretz Yisrael and not return home until the conquest was complete. Why was he no longer concerned that they had given precedence to their animals over their children? Perhaps he saw that they had internalized the important lesson that although a person may legitimately seek to advance his own cause, he must balance that with a wider perspective that takes into account the community at large. That way his intentions will remain chaste and unsullied by selfish designs. By accepting Moshe’s conditions, the Bnei Gad uBnei Reuven proved that they had taken this lesson to heart.

This lesson is applicable to all of us. For while there are extreme elements of society who are concerned purely with their own gain and are willing to affect the running of society to help them attain their desires, they are usually the distinct minority. More commonly, people exhibit the conduct of the Bnei Gad uBnei Reuven, namely by avowing, “We won’t give and we won’t take”. These people are also purely interested in advancing their own interests but are ethically inclined enough to know that they cannot take a stake in the community’s resources if they do not contribute to society. Is their approach acceptable? Are those people who do not benefit from public services, obligated to share the burden of collective responsibility? May they remain independent and divorced from the Tzibur?

Moshe Rabbenu’s critique of the Bnei Gad uBnei Reuven teaches us that this is not a moral or ethical approach. Were everybody to act in this way, society would crumble and ultimately everyone would lose. We cannot avoid collective responsibility. From the offer of the Bnei Gad uBnei Reuven to lead the rest of the Jews into battle, we learn that when a person wishes to make steps to advance his own position, he must, precisely then, assume greater responsibility for his community as a whole. This will display to others that he doesn’t only think about himself, that he hasn’t forgotten his people, and that neither will he forget this himself.

Medical personnel are often caught between the need to promote their careers and their obligation to provide aid to the general public. The field of medicine, aside from its lofty goal of improving people’s health and of medical advance, is also a profession, and a lucrative and competitive one at that. In the desire to advance his career a doctor may be in danger of forgetting his patients and of abandoning the exalted mission of his career.

But these two goals needn’t contradict one another. The Bnei Gad uBnei Reuven demonstrated that in order to balance the two a person needs to redouble his efforts on behalf of the Tzibur when he is involved in advancing his personal ambitions. Thus, the physician who tries to advance his career must constantly ask himself: “Am I suitably concerned for the patients under my care?” “Am I giving enough attention to the patient’s family?” “Am I fulfilling my mission in its entirety?”

These thoughts will allow him to balance these two goals – of advancing his career and thereby improving his skills on the one hand, and a firm commitment of responsibility to patients on the other.