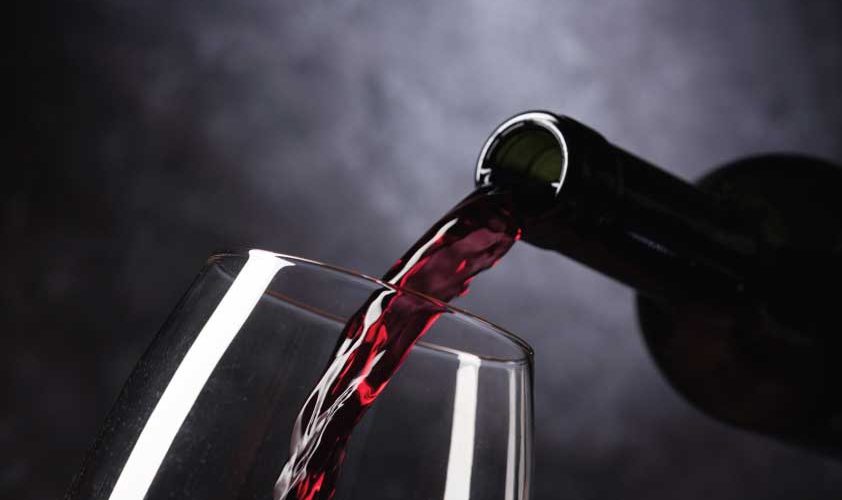 Age-related speech disorders[1] can lead to stuttering, swallowing syllables, and mumbling. These issues raise Halachic questions with regards to Mitzvos that are performed through speech, such as Kiddush.

When elderly parents visit their children for Shabbos or Yom Tov, their children will often honor their father by asking him to recite Kiddush. Doing so is extremely significant to the grandparents as it indicates that their status as the patriarch (and matriarch) of the family has been maintained and thus demonstrates respect. However, if family members are unable to hear all of the words of Kiddush clearly, or if some are mispronounced, swallowed, or omitted, those present may not fulfill their obligation.

Theoretically, one could draw the grandfather’s attention to the concern and ask him to raise his voice or enunciate the words correctly. However, this may cause offense, as would an alternate solution of having one of the other individuals present recite Kiddush a second time. On the other hand, those present must fulfill the obligation of Kiddush! In this essay, we will explore and analyze the Halachic issues and present a practical and pragmatic solution.

With regard to Kiddush, not only does a person who mispronounces the words not fulfill his  own obligation, but he also cannot be Motzi others. Since they cannot hear the words that he is mispronouncing or skipping, they cannot fulfill the most basic criteria of Shomea k’Oneh –to hear all of the words of the Bracha (see Sukah 38b).

Therefore, when somebody is liable to mispronounce Kiddush, those present have no choice but to recite it along with him. [2] However, this raises another issue. Since he is likely to be offended by others holding a Kos, it would be preferable to refrain from doing so and to say the words surreptitiously. [3]

However, this raises another issue. The Chacham Tzvi[4] (168) relates that he once stayed in the town of Belgrade in the year 5439 (when he was nine or ten years old). He attended a Seudas Mitzva in the company of other Talmidei Chacham, including a Chacham from Chevron who was a “Nazir Shimshon”. They honored the Chacham from Chevron with leading the Bentching, however, as a Nazir, he would not hold the Kos. Therefore, somebody else held the Kos and the Chacham led the Bentching. At the end of Bentching, the person who had held the Kos recited Borei Pri haGafen and he and the others present drank from the wine.

The Chacham Tzvi told them that this practice was incorrect. Halacha delineates numerous conditions that are required for a “Kos Shel Bracha”, such as receiving it with both hands, passing it to the right hand, and holding it a Tefach above the table surface. These Halachos are intended for the person reciting the Bracha, as implied by the Gemara. he Chacham Tzvi relates that he also made additional arguments to the Chachamim who were present and that they ultimately retracted their position.

Clearly the Chacham Tzvi held that the person reciting the Bracha should hold the Kos Shel Bracha. However, there is a Machlokes Acharonim as to whether this is only a condition Lechatchila, or whether one who fails to do so is not Yotzei, even B’di’eved.

Clearly, according to R’ Yehoshua Zayin, the condition of holding the Kos is only Lechatchila. However, the Mishna Berura implies otherwise (271:3). He discusses a case of a woman who does not know how to recite Kiddush. The only person to help her is a Katan who cannot be Motzi her as she has a Chiyuv d’Oraisa and he only has a Chiyuv d’Rabbanan. Therefore, she must recite the words after him while he recites them over a Kos. In Biur Halacha, he cites R’ Akiva Eger (Shu”t 7) who implies that in so doing she would not fulfill the Mitzva of “Kiddush Al haKos”, since she is not holding it. The Mishna Berura therefore rules (ibid. 2 and 3): “Even if the Shomea reads it along with him, word for word, it is still preferable to refrain from this, unless he also has bread or wine placed in front of him during Kiddush”. Apparently, the Mishna Berura did take R’ Akiva Eger’s view into account, though not entirely.

Regarding a son who eats in his [very elderly] father’s home, …When the father recites Kiddush on a Kos on Friday night his voice cannot be heard reciting the Birchas Kiddush though it can be heard in the recital of Borei Pri haGafen. Since Birchas Kiddush is long and recited [second] it is not audible, except for several words that are recited out of order. Other words are swallowed or skipped. The son is distressed by this, for his father cannot recite Kiddush himself because he is old and senile. If his son would tell him to raise his voice, to recite it carefully, and not to swallow the words, it will not help; on the contrary, his father will become angry and distressed. The son therefore asks if he may recite Kiddush himself, quietly, for he can see the Kos in his father’s hand – thus he too would be considered to be reciting Kiddush upon a Kos. Or do we say that we need him to hold the Kos in his own hand?

In his response, the Ben Ish Chai asserts that the condition of holding the Kos is only Lechatchila (he adduces proof from the aforementioned rulings of the Chacham Tzvi and Birkei Yosef). He also draws the same conclusion from the following ruling of the Shulchan Aruch haRav (271:28):

Nevertheless, if at the moment that he [accidentally] recited Kiddush on water, a Revi’is of wine was in front of him in one vessel on the table, or on the bench alongside him, ready to drink, he does not need to recite either Borei Pri haGafen or Kiddush again. Rather, he should drink from the wine in front of him immediately, for it is as if he recited Kiddush on it. For although one should hold the Kos of Kiddush in one’s hand, this does not prevent a person from fulfilling his obligation B’di’eved.

The Ben Ish Chai proceeds to contend that the situation of the son who lived with his elderly father, was “like a B’d’ieved.” Therefore, he instructed the son to recite the words of Kiddush quietly and look at the Kos in his father’s hand.

Contemporary Poskim (such as Shemiras Shabbos Kehilchasa, 47:39) cite the Ben Ish Chai’s ruling l’Halacha, in cases where there is little other option. All of those present must recite Kiddush quietly, not just one person, as he cannot be heard by the others. Additionally, they should not answer Amen to the Bracha recited out loud, as it may constitute a Hefsek.

[2] Thinking the words in one’s head is not sufficient. Chaza”l say that the words “Zachor Es Yom haShabbos l’Kad’sho” teach us that one must recite Kiddush with one’s mouth (Toras Kohanim, Bechukosai). See, however, the Pri Megadim 271:2.

[3] We should point out that generally it is preferable that one person recites Kiddush and the others listen and intend to be Yotzei, as is generally the practice. They should not recite their own Kiddush due to “b’Rov Am Hadras Melech” (though some Acharonim dispute this. See Tosefes Shabbos 273:10). However, this is only true when the person being Motzi the others can pronounce the words correctly.

[4] R’ Tzvi Hirsh ben Yaakov Ashkenazi (1660-1718) served as the rabbi of various Sephardic communities, as well as of communities in Germany, Amsterdam, London, and Poland.

[5] R’ Yeshua Shababo was on of the greatest Rabbinic leaders in Egypt during the 15th century.