In last week’s essay, we examined the permissibility of extracting sperm from a Meis to fertilize his widow, in particular regard to Bizayon haMeis (disgracing a dead body). This week, we will examine further Halachic considerations.

The opinion of most Rishonim is that there is an Isur d’Oraisa to benefit from the skin of a Meis. This is the view of Rabbenu Tam cited by Tosfos in Sanhedrin (48a), the Ramban (Chulin 122a, Kesubos 60a) and other Rishonim in Kesubos (ibid.) as well as the Rashba, Tosfos, the Rosh, and Me’iri in Nidah (55a).[1]

It is forbidden to derive benefit from any part of a dead body, except for the hair – from which benefit may be derived – as it is not part of the body.

The Poskim infer that the Rambam’s opinion is that there is also an Isur d’Oraisa to derive benefit from the skin of a Meis. With regard to deriving benefit from the hair, the Rashba comments (Shu”t 1:365):

This seems more plausible; the skin of a Meis should have no lesser status than the hair. And it seems that it is forbidden to derive benefit from the hair of a Meis as evident from the last Sugya of the first Perek of Arachin (7b). Though the Rambam states that it is permissible, his words do not seem correct to me.

Even if we accept the position of the Lechem Mishna, there are two explanations as to why the hair is not forbidden according to Rav Nachman bar Yitzchak. The Rambam states that “It is not considered part of the body”. This implies that there is a basic principle (which applies even while a person is alive) that hair is not considered part of the body – presumably because it constantly replaces itself. However, Rashi in Arachin (ibid.) has a different explanation:

The hair of a Meis is not subject to the prohibition of deriving benefit, for it is not comparable to the hair of an animal that was killed, as [the body of] a woman becomes forbidden on account of her death, and the hair is not considered to have died, because it does not change [after death].

Rashi implies that it is permissible to derive benefit from the hair of a Meis because hair does not die, in other words it does not change with death.

In light of the above, we may examine the question of using the sperm of a Meis.

According to the Rambam, since sperm also replaces itself it would presumably not be subject to the prohibition of benefiting from a Meis. However, we may speculate what Rashi’s position would be: On the one hand, sperm clearly spoils after a person dies. If so, it should be prohibited to benefit from it. On the other hand, since the use of the sperm would prevent it from spoiling, perhaps the prohibition should not apply.

A similar argument is made by several Acharonim with regard to using the organs of a Meis. Since the use of the organ will allow it to continue living in another body, there should be no prohibition of benefiting from a Meis.

As stated, the Shulchan Aruch rules that it is forbidden to derive benefit from hair. If so, the aforementioned considerations would seem immaterial (aside from the contention of the Acharonim, which stands as an independent argument). However, it is possible that sperm has an added dimension of leniency over skin and hair, given that in many areas of Halacha it is considered “mere discharge” (i.e. not a part of the body – see Y.D. 91). Therefore, perhaps it would be not be subject to the Isur of benefiting from a Meis.

Additional reasons are suggested as to why the use of sperm would not be a violation of benefiting from a Meis. However, their Halachic validity remains unclear; we shall therefore not elaborate on them.[2]

A further issue to consider is neglecting the Mitzvaof burial.

The Gemara Sanhedrin (46b) states:

In other words, afterciting the source for the Mitzva of burial (we should note that there is a great dispute among the Rishonim as to whether burial is a Mitzva d’Oraisa or not), the Gemararaises the question of whether the purpose of burial is to prevent disgrace, or to provide atonement to the deceased.  The Gemara explains that the practical difference between the two reasons would have ramifications in a case where the deceased declared that he does not wish to be buried. If burial is meant to provide atonement, he may instruct that his remains not be buried. If it is meant to prevent disgrace, he does not have the right to do so.

If so, in our case, even if the deceased had requested that sperm be extracted from him, it would not be taken into account if it would entail neglect of the Mitzva of burial.

However, there is strong argument that the obligation of burial does not apply to sperm. The Tosfos Yom Tov memorably states (Shabbos 10:5) that there may not be an obligation to bury less than a Kezayis of a Meis. The Har Tzvi (Y.D. 277) includes this position in permitting corneal transplantation from a Meis.[3]

However, it is likely that this only applies when the body part has been removed from the body, and the question is only whether to  include a piece smaller than a Kezayis in the burial. However, L’Chatchila we would not separate flesh from a Meis that is obligated in burial. Though the obligation of burial pertains to the body as a whole, since there is an obligation to bury all of the individual organs, it would seem that this obligation also extends to every part of the flesh as long as it is attached to the body. Only once it has separated from the body does it loses its importance. (The Yabia Omer 3, Y.D. 22, takes this argument even further.)

Thus, the room for leniency in our case would be that sperm is not included in the obligation of burial as it is not considered part of the body. This is a similar argument to that made above with regard to the Isur of benefiting from a Meis. Moreover, in our case the sperm will remain alive by its use in fertilizing the widow, which is further reason to suggest that its use would not violate the Mitzva of burial.[4]

These are the main issues involved with the extraction and use of sperm. As we have seen, it touches on several severe prohibitions, and the leniencies we have discussed are based on weak arguments. Therefore, we will not offer a definitive ruling.

Aside from the questions pertaining to the actual extraction and use of the sperm, we must contend with other issues that arise. These may be divided into two categories: the relationship between the child and the deceased, and ethical considerations.

There are several questions pertaining to the relationship between the deceased and the child: Would the deceased be considered the child’s father? Would the deceased fulfill the Mitzva of “P’ru u’Revu” when fathering a child in this manner? If a person dies without children, would this procedure exempt his widow from Yibum or Chalitza?

We will first discuss the question of P’ru u’Revu. (We will discuss the other questions next week).

There is a well-know Machlokes Acharonim as to whether the Mitzva of P’ru u’Revu includes the “Ma’aseh haMitzva” – the act of marital intercourse, in which case a person whose wife became pregnant from his sperm without an act of intercourse would not fulfill the Mitzva; or if the Mitzva is the outcome, namely, having a child. The Minchas Chinuch (Mitzva1 and 306) states that the Mitzva is not achieved by the act of intercourse, but by having a child. Thus, R’ Yochanan holds (Yevamos 62b) that a non-Jew who fathered a child and subsequently converted is not obligated in P’ru u’Revu as he has fulfilled the Mitzva by means of the children he had as a non-Jew, even though he was not obligated in P’ru u’Revu at that time(as apparent from Sanhedrin 59b). According to the Minchas Chinuch,the reason is that although a person who performs a Mitzva when he is exempt does not usually fulfill his obligation (as stated in Rosh Hashana 28a), in this case, where the fulfillment of the Mitzva is the outcome of fathering a child, he would discharge his obligation despite performing the Ma’aseh haMitzva when he was exempt.

However, HaGaon Rav Asher Weiss Shlit”a (Minchas Asher, Bereishis 3) cites Rav Tzvi Pesach Frank (Har Tzvi E.H, 1) who maintains that the primary Mitzva is the act of intercourse. He explains that R’ Yochanan’s view can also be understood according to this assumption, for even if the Mitzva is fulfilled by the act of intercourse, the obligation only exists when a person does not yet have children. Since he had children as a non-Jew, although he has not fulfilled the Mitzva, he is no longer obligated in it.

According to the view that the Mitzva is the act of intercourse, a deceased person can clearly no longer fulfill the Mitzva.[5] In fact, even those who hold that P’ru u’Revu is achieved by the outcome of having a child would agree that a deceased person cannot fulfill the Mitzva, as he is no longer alive when his son is born. Even if we accept that the child is considered to be his son in all matters, and his wife would be exempt from Yibum (which we will discuss next week), it is nonetheless not possible for him to fulfill the Mitzva. In the words of HaGaon Rav Asher Weiss Shlit”a (Kuntres Beis Hillel, Iyar 5762):

It is absolutely clear that the deceased does not fulfill the Mitzva of P’ru u’Revu, for after a person’s demise he becomes “free from Mitzvos” and can no longer fulfill them. This is not dependent on the dispute among the Acharonim as to whether the Mitzva is fulfilled by the act of intimacy or the state of having children… for even if the Mitzva is achieved by the existence of children, this only applies during his lifetime but not after his demise; due to the simplicity of this matter, there is no need to elaborate.

Nonetheless, it is possible that although the “Kiyum” of the Mitzva has not been achieved, the purpose and idea of the Mitzva have been realized. This may be true whether the Mitzva is fulfilled by the act or the outcome, for all agree that the concept of the Mitzva is that the Torah wants a person to have descendants, which may be achieved even in this scenario. We will discuss similar considerations in the next essay.

[1] Tosfos in Niddah (ibid.) advances an approach with a dissenting view.

[4] This may not be a strong argument. We cannot be certain that the sperm will successfully fertilize the widow. Though it would not constitute “benefit from the dead”, for if it is unsuccessful one has not benefited from it, this does not relieve the obligation of burial.

[5] This question is the basis of a great deal of discussion as to whether a man fulfills the Mitzva of P’ru u’Revu if he fathers a child through IVF. 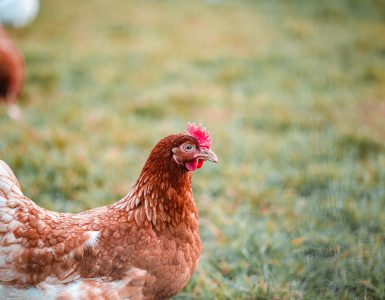 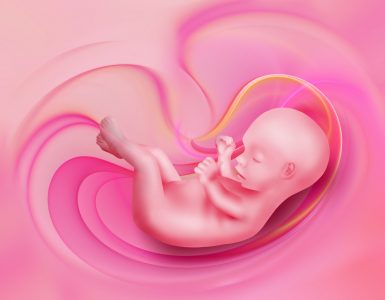 The last two essays discussed the question of extracting sperm from a Meis to impregnate his widow and focused on the Halachic issues concerning the extraction of the sperm and whether the deceased fulfills the Mitzva... 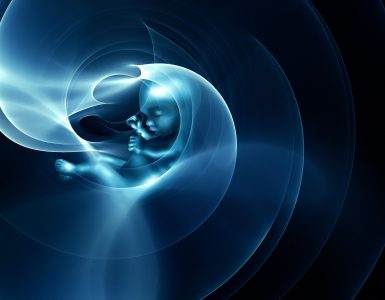 Halacha has confronted many complex questions over the past century as a result of enormous advances in medicine and technology. The field of fertility and reproductive medicine is no exception. If anything...