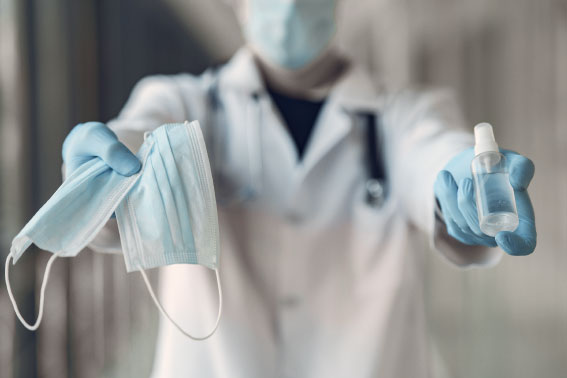 We are living in challenging and confusing times. Our world has slowly begun to emerge from the first wave of a deadly pandemic and the global economy which was brought to a grinding halt in March and April of this year is gradually returning to operation. The fear of a second (and third) wave of the virus pervades all.

Since the emergence of the novel coronavirus and the subsequent rapid spread of COVID-19, society has become accustomed to public health guidelines regarding social distancing, mask-wearing, and personal hygiene. Schools and workplaces have been shuttered and leisure activities have been canceled. Over time, the Gedolim also joined the cry to pay careful heed to the guidelines issued by the authorities as Shuls, Yeshivos, Minyanim and Torah gatherings of any sort have been prohibited.

However, as many of the restrictions have been lifted, many have been left confused as to how to properly conduct themselves. Though the rate of transmission of the virus has been dramatically reduced, the “curve has been flattened”, fewer are falling ill, and the number of new deaths has dropped, nevertheless, infectious disease experts warn that the virus is still present and may easily break out again. In fact, there have been increasing numbers of new cases in some places, particularly in Israel over the past week.

What should our approach be in light of these latest developments? Certainly, the authorities have not lifted the restrictions without due cause – their intent is to enable people to return to the workforce, children to return to school, and the economy to begin recovering. However, is it permitted for individuals to assume the risks of infection? Have the concerns of Pikuach Nefesh disappeared?

In general, it is forbidden for a person to place his life at risk (Shulchan Aruch,

Halacha – the degree of risk and the necessity of the activity.  HaGaon Rav Asher Weiss Shlit”a discussed this notion when explaining a fascinating ruling of the Magen Avraham.

Regarding those who are due to journey through the desert, and it is known that they will need to desecrate Shabbos for it will be dangerous for them to remain in the desert alone over Shabbos. Three days prior to Shabbos, it is forbidden to begin their journey, but on Sunday, Monday, or Tuesday it is permitted. Then, if they are endangered, they may desecrate Shabbos due to Pikuach Nefesh.

The Mahari ben Lev and Radva”z contend that if somebody is certain that he will need to desecrate Shabbos then he may not journey into the desert even at the beginning of the week. The Magen Avraham comments that we rely upon this ruling to permit placing oneself in danger in order to avoid desecrating Shabbos. In other words, according to the Mahari ben Lev and Radva”z, if a person chooses to undertake a journey that will definitely be dangerous, he may not desecrate Shabbos even at the risk of Sakanas Nefashos.

Many are astounded by the Magen Avraham’s conclusion. Surely, even if a person should not have undertaken a journey that would require Chilul Shabbos, he should still be permitted to desecrate Shabbos if he finds himself in a state of Pikuach Nefesh?

Many answers to this question are suggested. Rav Asher explains that the Magen Avraham does not refer to a truly life-threatening situation (“Sakana Gemura”) for then one would certainly desecrate Shabbos, but to danger of a slightly lesser degree.

However, this appears to raise more questions than answers. If we are not dealing with Sakana Gemura, it should be forbidden to desecrate Shabbos, regardless of whether the person should have undertaken the journey in the first place. Moreover, the Shulchan Aruch should also have agreed that Chilul Shabbos would be forbidden in that case.

This is not difficult to understand at all as these two concepts are derived from two different Pesukim. The Halacha that Pikuach Nefesh overrides Shabbos or any of the other Mitzvos is derived from the words “v’Chai Bahem” but this is not the source of the Halacha that a person may not endanger his life. “V’Chai Bahem is not a Mitzva or directive to keep oneself alive, and is not included in the count of the [613] Mitzvos. Rather, it is a clause and limitation of all of the other Mitzvos of the Torah, establishing that they do not override life, for Mitzvos were given for life and not to be the cause of death. The law that a person may not endanger his life is derived from the Pasuk of “v’Nishmartem M’od l’Nafshoseichem”… Therefore, there is no reason to say that the definitions and laws [of these two Halachos] must perforce be similar.

This was also the intent of the Magen Avraham. If a person wrongfully enters the desert (because he knew that Chilul Shabbos would be necessary), he should avoid Chilul Shabbos, even though the risk of the trip itself wasn’t great enough to prohibit it in the first place. Rav Asher’s Chidush is that even an activity that would not be prohibited because of “v’Nishmartem” could still be dangerous enough that we would allow Chilul Shabbos in order to avoid it.

The same argument can be made regarding the coronavirus pandemic. While on the one hand, we must still treat it as a matter of Pikuach Nefesh (thus Shabbos may be desecrated – e.g. to inform those whose test positive for the virus and for other emergency procedures), it is still permissible to return to study or work in spite of the risks (though, of course, due care must be taken).

Of course, while there are situations in which it is permissible for a person to assume a degree of risk, this doesn’t mean he may do so without good reason. The activity in question must be beneficial or important to him in some way. For example, the Torah states that a day laborer must be paid upon the conclusion of his workday “as his life depends on it”.  The Gemara (Bava Metzia 112a) explains: “Why did he climb a ramp and suspend himself from a tree, and risk his life? Was it not for his wages? [In other words, since the laborer risked his life on account of his wages, it is important to pay him in timely fashion]. The Gemara does not censure a laborer for risking his life in the course of his work – this must be considered normal conduct given that it is for the purpose of earning a livelihood.

would certainly not be permissible to desecrate Shabbos in order to accompany a person who has done so. The same would be true of the Issur to walk alongside a dangerously leaning wall.

The Noda b’Yehuda (Mahadura Tinyana, Y.D. 10) famously discusses whether it is permissible for a person to go hunting[2]. He examines whether it should be prohibited due to the danger involved, and also explains why it is generally permissible to undertake ventures at a slight risk to one’s life for the sake of earning a livelihood:

Until this point I have discussed this matter from a moral perspective, arguing that it is something that should be avoided. However, I will now argue that it is actually prohibited because those involved need to enter forests, placing themselves at risk by entering the territory of marauding animals. The Torah states, “v’Nishmartem M’od l’Nafshoseichem”. Who was a better or more expert huntsman that Eisav whom the Torah describes as “a man who know how to hunt”? Yet see what Eisav said of himself: “Behold I am going to die” etc. The simple understanding of this Pasuk is that Eisav would endanger himself every day by coming into contact with marauding animals. This is also the interpretation of the Ramban.

If so, how can a Jewish person enter a place of dangerous marauding animals? If a person is poor and acts as such for the sake of his livelihood – this is permitted by the Torah, just as it is permitted for sea merchants to travel the seas, for anything that is necessary for one’s livelihood – one has no choice. The Torah states, “as his life depends on it” and Chaza”l comments: “Why did he climb a ramp and suspend himself from a tree, and risk his life? Was it not for his wages? But if a person does not do this for the sake of his livelihood, and risks his life by entering an area where dangerous animals maraud, just for his own pleasure – he has transgressed “v’Nishmartem M’od l’Nafshoseichem”.

According to the Noda b’Yehuda the reason why a person may slightly endanger himself to earn a living is because he has little choice in the matter. Without a livelihood, his life would be similarly endangered. Rav Asher Shlit”a argues that this ruling does not apply only to earning a livelihood but to anything that a person would do out of necessity or for the benefit of an individual or of society despite slight risk to his life. In each case, the degree of risk should be weighed against the extent of the benefit, and wherever the benefit is greater, it is permissible to assume a degree of risk as long as the danger isn’t clear and imminent.

These enlightening words offer us clear guidance as to how to act during this confusing period. A person is permitted to undertake risk for the purposes of Parnasa

and other important activities. The first restrictions to be lifted should be those that apply to Talmud Torah and earning a livelihood and only subsequently other events and gatherings, followed eventually by leisure activities.

[1] In fact, there are situations where the opposite is true – an activity may be forbidden on account of danger but Shabbos may not be desecrated to rescue a person from that same danger. For example, the Rema (Y.D. 116:5) rules that it is forbidden to go out alone at night as it is dangerous. However, it 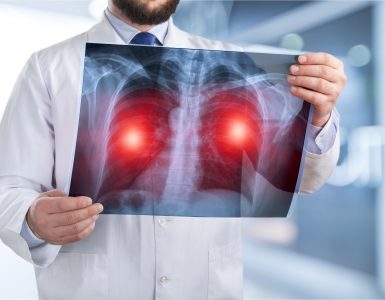 Playing It Safe – Whose Fault Is It?

Among the theological paradoxes of our faith is that while it is elemental that anything that befalls a person is decreed in Heaven, a person is nevertheless obligated to actively guard his health (as we have discussed... 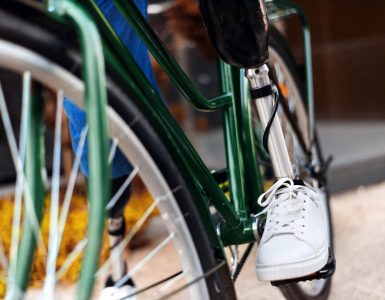 While all Torah prohibitions are set aside for Pikuach Nefesh, including Chillul Shabbos, this is not the case for a Choleh sheEin Bo Sakana (a person whose life will not be endangered if he does not receive treatment)... 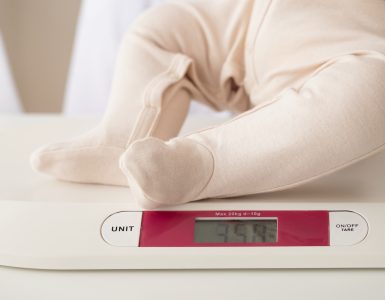 An Ounce of Prevention, A Pound of Cure – Even on Shabbos! 

Measuring is one of the Issurim d’Rabbanan that Chazal forbade on Shabbos. The Rishonim are divided as to how to define this Issur. According to most opinions, it is considered “Uvdin d’Chol” – an activity...

Playing It Safe – Whose Fault Is It?

An Ounce of Prevention, A Pound of Cure – Even on Shabbos! 

Bagels With Lox and Cream Cheese – Soul Food or Sakana?

Shabbos on the Labor & Delivery Ward