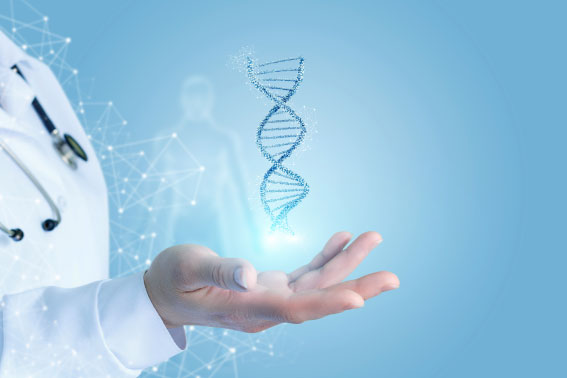 All in the Family

The daughters of Tzelafchad, as described in the Posuk above, married their first cousins. Previously, Moshe Rabbenu had been told that they could “marry whomever was good in their eyes, but they should marry into a family of their father’s tribe” (ibid. 6). They were under no obligation to marry their cousins. In fact, the Mefarshim explain that the message for them to marry within their tribe was actually only a recommendation to marry men who were appropriate for them.

The Gemara (Bava Basra 119b) praises the conduct of the daughters of Tzelafchad for marrying men who were appropriate. The Ba’al haTurim notes that this praise can be detected in the Gematria of the words “Livnei Dodeihem” (“to the sons of their uncles”) from the Pasuk above, which is equal to that of “l’Hagun Lahem” (“to those that were appropriate for them”).

This essay will discuss whether there is any benefit (in a general sense) of marrying within one’s family and whether it is indeed recommended.

The Gemara (Yevamos 62b-63a) states: “Regarding somebody who marries his sister’s daughter – the Posuk says ‘Then you will call and Hashem will respond; you will cry out and He will say, ‘Here I am! (Yeshaya 58:9)” The reference to marrying one’s sister’s daughter can be found two Pesukim previously, where the Navi urges the people “and do not hide yourself from your kin”; in other words, choose to marry your relative, rather than a woman to whom you are unrelated.

Why does the Gemara recommend that one marry one’s niece? The Mefarshim offer several explanations:

Rashi explains that a person feels a special closeness with his sister – more so than with his brother. Therefore, when he marries her daughter, the marriage is very likely to be a success. The Gemara particularly mentions marrying a sister’s daughter (and not other relatives) for this reason.

Tosfos cite the Rashbam who differs. He maintains that the same applies to a brother’s daughter. The Gemara only mentions a sister’s daughter because a sister is more likely to convince her brother to marry her daughter than a brother is.

Rabbenu Tam (Tosfos ibid.), however, agrees with Rashi that the Gemara specifically refers to one’s sister’s daughter. He writes that this conclusion is borne out by the famous adage that “most sons resemble their mother’s brothers”[1] which implies that there is a particular closeness between a brother and a sister[2]. Therefore, one’s sister’s daughter is very likely to be a good match.[3]

Chazal’s recommendation to marry a sister’s (or brother’s) daughter is cited by the Rambam (Isurei Bi’ah 2:14) and Shulchan Aruch (E.H. 2:6). However, there seems to be a hazard to do so.

Research has shown that marrying relatives (such as cousins) carries an increased risk of offspring with congenital malformations or genetic diseases. Therefore, when marrying into a community in which consanguineous marriage has been a common practice, it is recommended that a comprehensive investigation is made into genetic diseases or other illnesses that exist in the family of a prospective spouse.

Were Chaza”l unaware of the risks of marrying a close relative when they praised a person for marrying his niece? The Tzitz Eliezer (15:44) discusses this matter at length and raises a number of points:

Firstly, since Chaza”l clearly permitted marrying a relative (and both the Rambam and Shulchan Aruch cite this l’Halacha), it cannot be forbidden, despite the findings of modern research. One need not adhere strictly to the warnings of the doctors in this regard (particularly as it is not a matter of direct Pikuach Nefesh). However, it is imperative that the public is made aware of the risks of consanguineous marriage from a medical perspective. People are then free to choose whether to proceed with such a marriage or not.

The Tzitz Eliezer bases his answer on the words of the Tzava’ah of R’ Yehuda haChasid (22) who warned his descendants about the dangers of marrying within the family. He contends that thanks to R’ Yehuda haChasid’s great piety and wisdom, he was able to sense that there was some danger in doing so, even before it was known scientifically. We see that one may dissuade people from doing so, even though the Gemara recommends it.

The Noda b’Yehuda (Mahadura Tinyana, E.H. 79) however, maintains that these instructions of R’ Yehuda haChasid, are “almost forbidden to be adhered to” (as they contradict the Gemara above that recommends marrying one’s niece). He maintains that if R’ Yehuda haChasid had given these commands for all of the Jewish people (rather than just his descendants) “it would have been utterly forbidden to accept them”!

Chaza”l certainly understood the risks of marrying within one’s family. Nevertheless they understood it to be a great Mitzva to marry one’s niece and a person who performs a Mitzva l’Shem Shamayim will not meet any harm. It is not absolutely certain that a consanguineous marriage will result in children affected by congenital malformations or genetic diseases. A person who marries his niece l’Shem Shamayim in order to fulfill the words of Chaza”l may trust that Hashem will bless him with healthy children in the merit of the Mitzvah.

However, R’ Yehuda haChasid saw that in his generation, those people who married members of their families were no longer acting l’Shem Shamayim and were therefore no longer protected by the Zechus of the Mitzva from the dangers of genetic diseases in their children. He therefore instructed people to discontinue this practice. The Rambam and Shulchan Aruch that recommended a person marry his niece referred to those who would act l’Shem Shamayim.

The Tzitz Eliezer elaborates on the theme of Rav Klatzkin. He explains that Chaza”l saw that marriages between family members had a great deal of Shalom Bayis, and they therefore encouraged it despite the slight risk to the children. In their wisdom they understood that the merit of the Mitzvah would protect people. However, in later generations, people’s spiritual standing declined, and R’ Yehuda haChasid saw that the risks had become too great to ignore. He therefore wrote that the practice of marrying members of one’s own family was no longer recommended[4].

This approach also helps to clarify an interesting expression of the Rema (ibid.) who writes that “(a person is) permitted to (marry) the daughter of his brother or sister, and it is a Mitzvah to marry her”. Does he mean that it is merely permitted to marry one’s niece, or is it even a Mitzvah? According to the Tzitz Eliezer, we can understand the Rema as ruling that marrying her is not forbidden on account of the possible dangers to any children (even if one doesn’t do so l’Shem Shamayim). Then he affirms that there is even a Mitzvah to do so if one is acting l’Shem Shamayim.

The Tzitz Eliezer offers one further approach. Perhaps, over many generations of consanguineous marriage, genetic diseases proliferated within the community (due to the spiritual decline that led to these marriages being performed Shelo l’Shem Shamayim). In that context, the risk of affected children was even higher and R’ Yehuda haChasid therefore saw fit to end the practice for it was no longer safe[5].

The Tzitz Eliezer concludes by stating that it is impossible to forbid marrying relatives, as it is permitted to do so Halachically. However, in light of the discoveries of the medical world, it is important to explain to people the dangers of these marriages and it is perfectly permitted to bring these facts to the public’s attention.

[3] Meiri also agrees with Rabbenu Tam. He explains that in general, relatives have similar natures and a natural affinity for one another, and the relative with which one has the most in common is one’s sister’s daughter.

[4] Though not forbidden – as the Gemara explicitly permits (and recommends) it.

[5] Studies have shown a statistically higher incidence of congenital malformations and genetic diseases in populations where consanguineous marriages were common even in marriages between non-relatives. See https://www.health.gov.il/PublicationsFiles/Inbred_genetic_disease.pdf.