Certain medical conditions or trauma can rob a person of the ability to speak. This impacts not only interpersonal communication and relations but also interactions Bein Adam laMakom as speech is an integral part of so many Mitzvos, including Tefila, Krias Shema, and Brachos.

From a technical perspective, the ideal solution would be to have someone else be Motzi him in these Mitzvos. However, since this is often not a practical option, we will focus on alternative approaches. Many patients who are unable to speak have neither a Jewish caregiver nor one who meets the Halachic criteria to be Motzi others. We will therefore explore “Hirhur” – contemplating the words of “Devarim sheb’Kedusha” in one’s mind without enunciating them.

The Mishna in Brachos states (20b):

In other words, a Ba’al Keri – who is prohibited from uttering Devarim sheb’Kedusha – should fulfill the Mitzva of Krias Shema through Hirhur. The Gemara discusses whether this Mishna furnishes proof that “Hirhur” constitutes “Dibur” (speech). According to Ravina, this indicates that Hirhur k’Dibur, else why should the Ba’al Keri utilize Hirhur for Krias Shema? According to Rav Chisda, the reverse is true. If Hirhur constitutes Dibur, then a Ba’al Keri should be forbidden from Hirhur of Devarim sheb’Kedusha as well! The Tur rules like Rav Chisda (O.C. 62). See the Bach (ad. loc.) who explains the Tur’s position.

Let us now examine some specific scenarios, beginning with Tefila.

The Rema rules concerning a Choleh, “If he is unable to Daven he should nevertheless contemplate [the words of Tefila] in his mind, as the Pasuk states, ‘Say in your hearts upon your beds’ (Tehilim 4:5)” (O.C. 94:6). The source of this ruling is the Orchos Chaim, cited by the Beis Yosef. The Mishna Berura explains (ibid. 21) that the Orchos Chaim’s position is not merely that employing Hirhur is better than not Davening at all but that “he perhaps is Yotzei Bedi’eved, and he would have no need to Daven again, even if he recovers within the Zman Tefila, given that he was in a situation of Ones at that time”.

The above is only true if the Choleh is in an area fit for Davening (i.e., it is not completely soiled by excrement or urine). If it is completely unfit, he may not even utilize Hirhur, and in that circumstance, he simply cannot Daven.

To clarify, the Rema holds that there are two types of areas unfit for Tefila due to the presence of human waste. The Shulchan Aruch rules (O.C. 62:4) that “if a person contemplated the words of Krias Shema in his heart due to illness or another Ones, he has fulfilled his obligation.” The Rema comments:

If the area is entirely soiled he should not contemplate the text of Krias Shema or the Bracha. He should only think in his heart that he is obligated [in the Mitzva] but he is unable to fulfill it and feel distress about it. Hashem will see [into] his heart and grant him reward for the thought since he is Anus.

This is true of a person who is in a state of complete Ones due to his surroundings. However, the Poskim offer several examples of situations that are not considered an absolute Ones.[2]

Returning to the Shulchan Aruch’s ruling that, Bedi’eved, a sick person may fulfill the Mitzva of Krias Shema through Hirhur, the source of this ruling is the Yerushalmi in Maseches Brachos. It can also be found in the Yalkut Shimoni (Tehilim 627):

The Hirhur referred to by the Shulchan Aruch is contemplating each of the words of Krias Shema one after the other as if he were reciting them. Only in a case in which the area is completely soiled should he merely think that he is obligated in the Mitzva, rather than thinking of each of the words, as explained above (see also the Chazon Ish, O.C. 14).

The Pri Chadash states that since me’Ikar haDin a person does not fulfill his obligation through Hirhur, if the situation of Ones passes before the end of the Zman Krias Shema, he should recite it again, despite having already “recited” it through Hirhur.

R’ Akiva Eiger disagrees. Since the Shulchan Aruch states that he is “Yotzei” with Hirhur in these circumstances, how can the Pri Chadash state that he has not truly fulfilled his obligation and must recite Krias Shema again? Therefore, R’ Akiva Eiger concludes that in a situation of Ones comparable to that of a Ba’al Keri, a person fulfills his obligation of Krias Shema Bedi’eved through Hirhur, even though one is supposed to utter the words of Krias Shema with his lips (as stated by the Shulchan Aruch in O.C. 62:3).

However, the Biur Halacha concurs with the Pri Chadash’s ruling. The Shulchan Aruch did not mean that a person is “Yotzei” through Hirhur, even Bedi’eved. Rather, since he has done the best he can, Hashem will reward him as if he recited Krias Shema even though he has not actually fulfilled his obligation. Therefore, if the Ones is resolved he should read it again.

The Mishna Berura’s contention that he does not fulfill the Mitzva and only uses Hirhur to receive some reward is astounding. [The Shulchan Aruch’s wording] surely implies that he is Yotzei. Additionally, my son R’ Reuven asked [the following question]: The Gemara asks: “According to Rav Chisda [that Hirhur does not constitute Dibur], why should he use Hirhur?” R’ Elazar answers that it is “so that he will not be sitting idle while everyone is occupied with it”. This argument surely only applies when he is Davening with the Tzibur. The Gemara does not say that [he should employ Hirhur] to receive reward but he does not fulfill the Mitzva. And if [you will argue that the reasoning of, “So that he will not be sitting idle] when everyone is occupied with it” also applies when he is [Davening] alone, then this same reasoning should also be applicable when a person is in a [situation of] Ones. How then did the Mishna Berura know to suggest another reason [that of “receiving reward for the Hirhur even though one is not Yotzei] which is not mentioned by the Gemara? This matter requires further study.

Rav Moshe concludes – as did R’ Akiva Eiger – that he does not need to repeat Krias Shema.

In the case of a person who has lost the ability to speak, if he regains the ability to speak before the end of Zman Krias Shema, he should recite Krias Shema again to satisfy the stringent rulings of the Pri Chadash and Mishna Berura, which is the position adopted by the majority of the Poskim. He cannot lose out by doing so as reciting Krias Shema itself engenders no concern for Bracha l’Vatala.

HaGaon Rav Asher Weiss Shlit”a (Minchas Asher 3:129) concluded similarly in a case of a person who had undergone surgery upon his vocal cords and was forbidden from uttering even a single word for a period of ten days due to the risk of inflammation and permanent damage. He cites the Avnei Nezer (Y.D. 2:321) who rules that one is not obligated to become ill in order to fulfill a Mitzva. He adds that the Chachamim were always wary of any danger posed to a specific limb of the body (“Sakanas Eiver”), as in this case where the person was at risk of permanently losing the use of his vocal cords. He also noted that the patient can certainly fulfill the Mitzvos of Krias Shema and Tefila through “Shome’a k’Oneh” (intending to fulfill the Mitzva by listening to someone else recite them on his behalf). However, if he has no other choice he should employ Hirhur.

Situations of Ones can also arise concerning Birchas haNehenin. However, there is a unique point to be made in those cases. The obligation to recite a Bracha is not only a Mitzva d’Rabbanan but is also due to an Isur to derive pleasure from this world without a Bracha. One who fails to do so has stolen from Hashem and committed a form of “Me’ila”.[3] This may have an important ramification. Although concerning the Mitzva aspect of Birchos haNehenin one could argue that the obligation to recite a Bracha may be waived if a person is in a state of Ones, the Isur to benefit from the world without a Bracha would seemingly remain in place even in an Ones situation. Ultimately, the Isur is not lifted without a Bracha (unless there is a question of Pikuach Nefesh, of course). We will return to this point in greater detail in the coming essay.

[1] See the Machlokes between the Pri Chadash and R’ Akiva Eiger below for further discussion.

[2] See below for further clarification of the point at which a situation is considered an Ones. 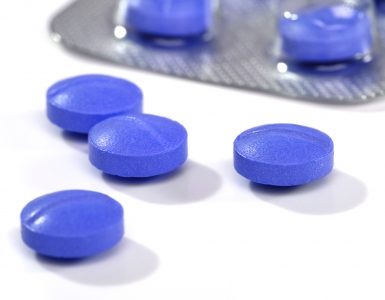 It is common for people to experience upper respiratory infections during the winter season. Generally speaking, these viral infections are not serious, but the symptoms (e.g., congestion, rhinorrhea, cough, and...