It is common for people to experience upper respiratory infections during the winter season. Generally speaking, these viral infections are not serious, but the symptoms (e.g., congestion, rhinorrhea, cough, and headaches) can be extremely bothersome. There are many prescription and over-the-counter medications available to relieve these symptoms. May these tablets, nasal sprays, cough drops, and other remedies be used on Shabbos?

The Shulchan Aruch, in Orach Chaim 328 delineates the Halachos of taking medications on Shabbos. As we have discussed in past essays[1], there are three basic categories:

A person suffering from cold symptoms usually falls into the second category. These symptoms are usually not significant enough to make him take to bed nor do they affect his entire body. He is also not simply a healthy person seeking to strengthen his constitution. Since he only has a slight illness, he should be forbidden from taking medications on Shabbos.

However, the Chachamim did not forbid a person from eating “Ma’achal Bri’im – food eaten by people who are not ill”, even if he intends to ingest them for medical purposes (Shulchan Aruch 328:37). In that light, the Poskim discuss possible means of relieving cold symptoms on Shabbos.

From here[3] we may conclude that it is permissible to smell “Titun” (tobacco leaves) on Shabbos, though one is doing so due to a runny nose, because most people do so during the week.

In other words, since tobacco was widely used by healthy people for non-medical purposes, its use is permitted to relieve cold symptoms.

The Be’er Hetev also points to a comment he makes in Se’if Katan 32 where he cites the Taz (ibid. 27) who discusses the Shulchan Aruch’s ruling that an inebriated person may apply oil and salt to his palms and heels. This ruling is originally found in the Gemara (Shabbos 66b); the Poskim disagree over the reasoning. According to the Magen Avraham (65), it is because there are no medications commonly used to relieve the after-effects of alcohol. Whenever this is the case, one may employ commonly used treatments, even on Shabbos.[4]

However, the Taz has a different explanation: “Relieving his inebriation does not constitute Refua.” In other words, the Gemara rules that one may treat inebriation on Shabbos because it is not an illness at all.

The remainder of the Taz’s comments there may explain why he offers a different explanation than the Magen Avraham:

One should not derive leniency from this for those who are accustomed (in certain countries) to placing ashes of a [certain] ground herb in the nose to relieve inebriation. Since the ashes act as a Refua for other things (for a person who isn’t inebriated), the Gezeiras Shechikas Samemanim applies.

In other words, according to the Taz, there are medications that relieve the effects of inebriation. Therefore, he could not agree with the Magen Avraham.

In any case, it is forbidden to use ground ashes to relieve inebriation according to the Taz (even though it does not constitute Refua) because they have other medicinal uses.

This is a Chidush, for two reasons: First, a drunk person is surely considered completely healthy and has no need for Refua. Why then is he forbidden to use medications? Second, even if he were not to be considered healthy, why are the ground ashes not considered Ma’achal Bri’im given that they are often used to relieve inebriation and not exclusively as medication?

Apparently, according to the Taz, one must always determine whether the primary use of a substance constitutes Refua. Even if it has another usage that does not constitute Refua, if that is not its main usage it cannot be considered Ma’achal Bri’im.

It also emerges from the Taz that even a healthy person may not take medications on Shabbos. This, as we explained above (Category 1), is the position of the Magen Avraham. However, the Taz’s ruling is a greater Chidush for while the Magen Avraham forbids a healthy person from taking medications for the sake of Refua, the Taz forbids him to take medications even for non-Refua purposes, since, as the Taz himself noted, relieving inebriation does not constitute Refua.

The Be’er Hetev does not explain the comparison between his ruling regarding smelling “Titun” to relieve rhinorrhea or congestion and the Taz’s ruling regarding its use for inebriation. He seems to be saying that the Taz would forbid smelling Titun, though this is not a clear assertion. The Taz does not discuss ingesting Ma’achal Bri’im for the sake of Refua; he discusses the opposite scenario – using a medication for a non-medicinal purpose.

It seems more likely that the Be’er Hetev means that while it is permissible to smell the Titun, there are other substances, such as the ground ashes mentioned by the Taz, that are forbidden because they are essentially for Refua. This requires further study.

The Mishna Berura (ibid. 127) states that the consensus of the Achronim is to permit inhaling tobacco to relieve a headache. This is because even people who are not ill inhale tobacco for enjoyment; it therefore cannot be classified as a medication. Therefore, a person may inhale spices, mint, or the like that are widely used for refreshment, even by those who are healthy, to relieve cold symptoms on Shabbos. However, the use of medications, such as decongestant pills or nasal sprays, that are not used by healthy individuals, is forbidden on Shabbos.

There is an interesting discussion among the Poskim on whether to permit the use of medications on Shabbos to relieve a runny nose due to Kavod haBriyos (human dignity). Rav Shmuel Wosner zt”l (Shevet haLevi 8:66) was asked a similar question regarding allergic symptoms. He replied that it was difficult to permit it based on Kavod haBriyos as a runny nose is very common and it isn’t clear that it is disgraceful to be seen by others in this state[5]. However, the Shemiras Shabbos Kehilchasa (Chapter 34, Footnote 52) states: “I heard from Rav Shlomo Zalman Auerbach zt”l that [one may be lenient] in any [case] that is a matter of Kavod haBriyos, such as a runny nose.”

The Tzitz Eliezer (8:15:15:21) distinguishes between various substances used to treat runny nose and congestion. They may not be used if they contain an agent that cures the symptom and prevents it from recurring. If they merely reduce congestion, they may be used. Rav Avraham Chaim Na’eh zt”l dwells on this distinction in his Sefer Ketzos haShulchan. We will elaborate on the issues he raises.

On the one hand, it is clear that Halacha only considers the symptoms that are evident when determining the categories of illness, not the underlying illness. For example, a fever is a symptom, not an illness, such that it would seem that reducing a fever should not constitute “Refua”. Nevertheless, it is considered an “illness” from a Halachic perspective, and, therefore, lowering it would constitute Refua.[6] The same would be true in our case. A runny nose may be just a symptom, but Halacha would consider it an “illness”. Therefore, anything that works to prevent a runny nose should be considered Refua, even if it doesn’t cure the underlying viral infection or other cause.

However, it seems obvious that this should depend on the length of time that the medication is effective. If it dissipates quickly (as is the case with inhaling mint or tobacco), it would likely not be considered an act of Refua – the substances have not resolved the issue. However, if one uses agents such as oxymetazoline, which is commonly found in nasal sprays and can relieve nose congestion for several hours, it would seem to constitute Refua, even if the Tzitz Eliezer’s premise is correct.

As stated above, in any case that a person has taken to his bed due to illness, even if it is only due to a cold, he is permitted to use medications to relieve his symptoms. It goes without saying that if a person has asthma and if he doesn’t treat his cold symptoms, they may proceed to bronchospasm (an “asthma attack”), he is certainly a Choleh sheYesh Bo Sakana and may use any medications necessary to treat his symptoms and prevent their progression.

[4] The rationale is that the Issur of Refua on Shabbos is due to Chazal’s concern that a person may come to grind herbs for medications – an Issur d’Oraisa (“Gezeras Shechikas Samemanim”). Chaza”l did not only forbid treatment with medications (even those that were ground up before Shabbos); they also forbade other forms of medical treatment because they were concerned that if other forms of treatment were to remain permissible, people would also come to using medications (and might then end up crushing them on Shabbos). However, if a particular illness has no treatment with medication, it is permissible to treat it without medications.

[5] [Editor’s note: Or that people are generally discomfited by seeing people with these symptoms.] 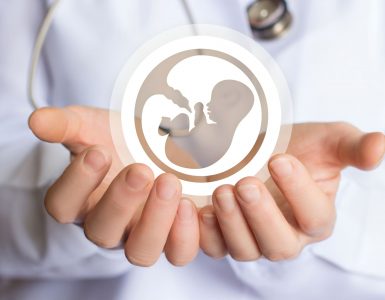 And [Hashem] took him outside and said, “Look toward heaven and count the stars, if you are able to count them.” And He said, “So shall your offspring be.” (Bereishis 15:5) In multifetal gestations, there is a higher...