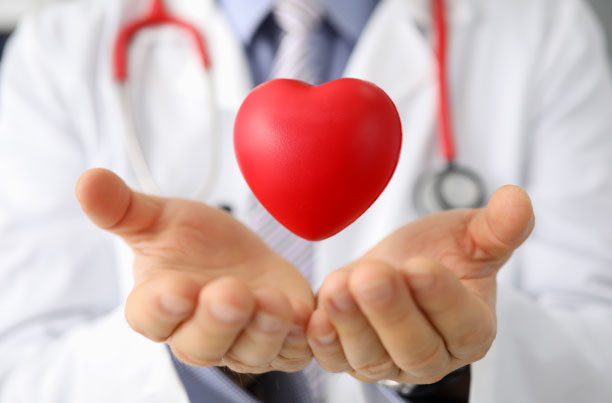 Service of the Heart


And Moshe cried out to Hashem concerning the frogs that he had inflicted upon Paroh (Shemos 8:8)

In the Parshiyos of Yetzias Mitzrayim, the Torah records how on numerous occasions Moshe Rabbenu Davened to Hashem. It is fascinating that this Pasuk, in which Moshe Davens that the plague of frogs be removed from Mitzrayim, is the only one that describes him “crying out” (“Vayitzak”).

Tze’akah is one of ten forms of prayer enumerated by Chaza”l[1]; several of which are found in Pesukim describing Golus Mitzrayim (see 2:23-24). At first glance, this Tze’akah of Moshe would appear to be an ordinary Tefila, but the Sifsey Chachamim offers a novel interpretation.

The Sifsey Chachamim contends that the reason why Moshe made his Tefila a Tze’akah in this instances was because a person who Davens must make his words audible to his ears (Rambam Hilchos Tefilah 5:9). Since the frogs were croaking loudly (as described by Rashi 7:29), Moshe needed to raise his voice (hence the “Tze’akah”) so that he could hear what he was saying!

This answer is novel in the extreme. The simple understanding of the Halacha that a person must utter the words of Tefila at an audible volume is not that he must actually hear his Tefila, but that Dibur is defined as speech at an audible volume, not a silent whisper. Ostensibly, however, one fulfills his obligation even if background noise prevents him from cannot actually hearing what he is saying.

The Netziv (Ha’amek Sha’ala 143:6) maintains that when reciting Krias Shema one must hear the words that he recites, for this is implied by the word “Shema”[2]. However, regarding Tefilah, although it is praiseworthy (as it enhances Kavana), one fulfills his obligation even if he does not hear himself[3].

In any case, the Sifsey Chachamim and Netziv do agree that one must audibly recite the words of Tefilah and not just enunciate them silently. The question of whether one fulfills Mitzvos requiring Dibur (such as Krias Shema, Tefila or Brachos) by means of Hirhur (thoughts) alone is extremely complicated and vigorously debated. The following are several of the major opinions:

Krias Shema by means of “Hirhur”

The Gemara in Brachos (20b) records a dispute between Ravina and Rav Chisda as to whether a person who merely contemplated the words of Krias Shema has fulfilled his obligation Bedieved. The Shulchan Aruch (O.C. 62:3) rules that he does fulfill the Mitzva but only if he actually enunciated the words.

In the following Se’if the Shulchan Aruch discusses a case of Ones (e.g. illness). In that scenario a person does fulfill the Mitzva through Hirhur, even if he doesn’t enunciate the words at all. The Rema adds that if a person finds himself in an area that is unfit for reciting Krias Shema (and he is unable to clean the area) he may even do so Lechatchila, unless the area is so filthy that it is forbidden even to think about words of Torah.

The source of the Rema’s ruling is a comment of Rabbenu Yonah in Maseches Brachos (Perek 2). Intriguingly, Rabbenu Yonah concludes his remarks by adding that if a person thinks the words of Krias Shema in his heart, “Hashem will see into his heart and give him the reward for the intention”. This implies that, though the person has done a worthy act, he has not actually fulfilled his obligation of Krias Shema. In this regard, however, there are a number of opinions among the Poskim:

The Biur Halacha (ibid. s.v. Yatza) rules that, indeed, a person who merely thinks the words of Krias Shema in his heart due to an Ones does not fulfill his obligation, and he should recite it properly if the opportunity arises, provided it is still within the Zman. In fact, the Derisha (and Magen Avraham 85:2 in the name of the Shlah) hold that Rabbenu Yonah never intended that a person should actually recite Krias Shema by means of Hirhur. Rather, the person is urged to think that he dearly wishes to perform the Mitzva of Krias Shema but that he is unable to do so! Hashem will then consider his good intentions as though he had recited Krias Shema. According to both of these opinions, it is clear that one cannot fulfill Krias Shema through Hirhur.

However, the Birkei Yosef (ibid. 1) contends that although one who is able to enunciate the words does not fulfill one’s obligation through Hirhur, in a case of Ones he does fulfill the Mitzva. A similar conclusion is reached by the Pri Megadim (62 Mishbetzos Zahav 1) who contends that according to the Shulchan Aruch, one clearly does fulfill the Mitzva via Hirhur in circumstances of Ones. It is only a Chumra d’Rabbanan that Hirhur is not considered Dibur, and Chaza”l did not apply this stringency in the case of Ones.[4]

Tefilah by means of “Hirhur”

The Gemara in Brachos (31a) derives many Halachos of Tefila from Chana. “Only her lips moved, but her voice could not be heard” (Shmuel I, 1:13) teaches that one must enunciate the words of Tefilah. This Shulchan Aruch (O.C. 101:2) rules that this is the Halacha.

The Poskim discuss whether Hirhur would fulfill the Mitzva of Tefila Bedieved. The Magen Avraham (ibid. 2) infers from the wording of the Shulchan Aruch that one would be Yotzey Bedieved, even though Hirhur is not considered to be Dibur (see O.C. 62:3). The source of the Mitzva of Tefila is the Pasuk “and to serve Him with all your heart” (Devarim 11:13) that Chaza”l explain refers to Tefila which is the “service of the heart” (Ta’anis 2a). Since Tefila is the “service of the heart”, one does fulfill his obligation through Hirhur.

However, the Magen Avraham argues that if Hirhur is a viable option for Tefila, the Gemara in Brachos (21a) should have suggested it as an option for a Ba’al Keri who, in the times of the Gemara, was not permitted to utter words of Torah. The fact that the Gemara suggests other possibilities and does not entertain the idea of Hirhur (as it does with Krias Shema), very much implies that one does not fulfill the obligation of Tefila through Hirhur, even Bedieved. He suggests that enunciating the words of Tefila is imperative because the act of uttering the prayers has an effect in Heaven.

However, the Rema (ibid. 6) rules explicitly that if a person is unable to Daven, he should Daven via Hirhur, based upon the Orchos Chaim (cited by the Beis Yosef). The Magen Avraham contends that the Orchos Chaim merely meant that it is a proper thing to do, not that one would thereby fulfill his obligation. The majority of the Poskim follow the ruling of the Magen Avraham.

The Poskim discuss several cases of people who are handicapped and cannot enunciate the words of Tefila. Ha’Gaon Rav Asher Weiss Shlit”a (Minchas Asher 3:129) discusses a case of a person who had undergone a surgery upon his vocal cords and was forbidden by doctors from uttering a word for a period of ten days due to the risk of inflammation and permanent damage. How was he to perform the Mitzvos of Krias Shema and Tefilah?

This patient can of course fulfill the Mitzvos of Krias Shema and Tefilah through “Shomeia K’oneh” (intending to fulfill the Mitzva by listening to someone else recite them on his behalf). However, since many Poskim hold that Hirhur is not effective, it should only be used if there is no other choice.

[3] As long as one uttered the words with his lips. See below.

[4] Additional opinions among the Poskim are beyond the scope of this essay.