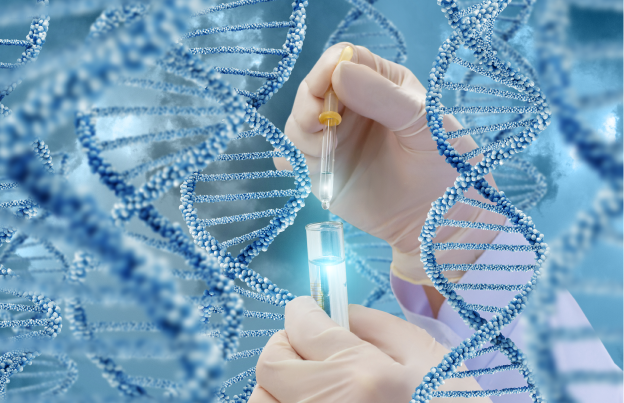 Parents at high-risk of transmitting genetic disease to their offspring can ensure the birth of healthy babies through Pre-Implantation Genetic Diagnosis (PGD). PGD enables the genetic diagnosis of a pre-embryo during the in vitro fertilization process (IVF). Approximately 3 days after fertilization, when the pre-embryo is typically four or eight (genetically identical) cells, one or two cells are removed using microsurgical techniques and undergo genetic testing. Based on the results, a healthy embryo (i.e. an embryo unaffected by the genetic abnormality) is selected and implanted into the uterus. The remaining healthy embryos can be cryopreserved for future embryo transfers. Embryos that are affected by the genetic abnormality will be discarded.

In recent years, this procedure has raised a variety of ethical and legal issues, many of which are beyond the scope of this essay. We will focus on cases in which this procedure is carried out in order to prevent serious genetic illnesses, such as Tay-Sachs disease or cystic fibrosis.

Under specific conditions, many Poskim approve of the use of PGD[1] including Rav Elyashiv zt”l, Rav Yehoshua Neuwirth zt”l and Rav Moshe Halberstam zt”l[2].

The Nasi of our Beis Hamedrash, Rav Asher Weiss Shlit”a, rules that a person who is likely to transmit serious genetic diseases to his children is exempt from the Mitzvah of Pru Urevu and is under no obligation to undergo PGD[3], but he does, however, fulfill the Mitzvah if he fathers a child in this manner (Minchas Asher 1:69). Rav Asher contends that even those who have halachic objections to IVF would agree that the obligation of Pru Urevu would be fulfilled by a child born through PGD.

Rav Shlomo Zalman was asked whether it was permissible to perform IUI in order to produce a child of a certain gender (e.g. parents who have only female children and desire a son). He answered that whilst IUI for the purposes of enabling pregnancy in the case of infertility is permitted, it is forbidden to perform IUI solely to ensure the gender of the child as some of the sperm will be discarded, violating the sin of “destruction of seed” (“Hashchasas Zera Levatala”)[4]. However, if parents know that any male child of theirs will suffer from a serious disease (such as hemophilia), it is permitted to discard the sperm that will produce a male child and use only the sperm that will lead to a female child.

The questions that surround IVF and PGD span many areas of Halacha:

There is another issue that is relevant to this topic: interfering with Hashem’s decrees. Performing PGD seems to meddle with the fate that Hashem has assigned to the child. As believing Jews, we know that any disease or misfortune that man experiences is due to a decree from Heaven. “No man knocks his finger below (in this world) unless it was already announced above (in Heaven)[5].” On the other hand, Hashem did give “permission for the doctor to heal[6]”. Each person has an obligation to seek medical treatment when he needs it and make every effort to heal himself and recover.

The Rishonim extensively discuss the tension between these two concepts – the notion of illness and disease as Hashem’s will on the one hand and the obligation of Hishtadlus and medical treatment on the other. Many explain that there is in fact no contradiction between them at all as Hashem willed it that man shall make an effort to heal himself[7] but recognize that the illness was a message for him to examine his ways.

The Medrash Temurah explains that illness and sickness are a natural part of the life cycle. Hashem created the world such that all elements in the creation need human attention. Plants require care and attention and, on occasion, nursing back to health:

Just as the tree will not grow if man does not hoe, fertilize, plow or irrigate, so too the human body – medications are the fertilizer and the doctor is the farmer

Man’s mission in life is to tend to his own health, just as he must tend to his fields and trees, or to turn to a doctor if he requires medical attention.

While this is obviously applicable to medical care during a person’s lifetime, whether treating congenital illnesses or those that develop after birth, does the same apply to treatments before birth (or even conception)? PGD is an intervention before the child’s life begins – is that included in our obligation of Hishtadlus and included in the “permission for the doctor to heal”?

The Medrash Tanchuma in this week’s Parsha describes how Hashem issues a decree upon each child as it is conceived. At that time, He determines whether the child will be male or female, weak or strong, rich or poor, long or short, unsightly or pleasant-looking and all that it will encounter in its life[8].

This decree determines which attributes a person will have, aesthetically, mentally, and physically – including his propensity for sickness and disease. These attributes are his lot and he must work with them in order to realize his potential. In that light, it could be said that interfering with this decree is improper. While acting to heal man’s sicknesses that come upon him as part of his decreed fate is included in the doctor’s “permission to heal”, in this case it seems that we are meddling with the decree itself.

In truth, there is another aspect of PGD that makes it distinct from ordinary medical treatment as the process does not actually heal the diseased pre-embryos. Those not found to be healthy are discarded and the implanted pre-embryo(s) are healthy by default.

In order to consider this an act of Refua, we must view all of the pre-embryos together as a “fetus destined to be born”. While some will be discarded, this is actually ‘healing’ the embryo that will eventually be implanted and born. In this light, PGD can be considered an act of Refua of the ultimately healthy child.

Our dear, distinguished friend, Harav Dovid Fuld, once brought a fascinating comment of the Meiri (Sanhedrin 67b) to our attention. The Meiri speaks of the prohibition to practice witchcraft (“Keshafim”) and contends that any act that can be defined as “natural” is not considered Keshafim. Even if somebody performs extraordinary acts, such as producing beautiful creations through biological processes other than normal reproduction, it is permitted as long as it is “natural”. This is also why any act that can be defined as Refua (in other words “natural”), is not considered “Darchey Ha’Emori” – pagan worship. It would seem from this Meiri that there is no problem with using natural scientific methods to produce “beautiful” (i.e. healthy) children even if it’s not through the normal reproductive process.

Today, with the advances of medicine and science, procedures such as PGD have become part of the “natural” world of Refua. Medical treatment in the modern world can begin before birth, even before implantation of the embryo. It is logical to extend the “permission to heal” from those interventions that the Poskim saw as treatment of disease to PGD and other techniques that prevent the birth of a diseased child and ensure a healthy baby. These are all part of the required efforts and interaction with the decrees of Hashem that are expected of us and included under the umbrella of the doctors’  “permission to heal.”

There is an important caveat, however, as pre-implantation interventions can only be performed for the sake of Refua[9]. Performing PGD for elective, non-medical reasons would be forbidden. For example, PGD for the purpose of ensuring that a child’s appearance will be aesthetically pleasing cannot be permitted. Although in specific circumstances, cosmetic surgery to enhance one’s physical appearance may be permitted and not considered Chavala (wounding), doing so cannot be defined as Refua. PGD in this instance would be an unjustified interference with Hashem’s decree that this child be “short or tall, unsightly or pleasant looking”.

Similarly, performing PGD in order to guarantee the gender of the baby so as to fulfill the Mitzva of Pru Urevu[10] would also not be permitted. Since the motivation is not one of Refua, doing so would also be an improper and unacceptable attempt to alter Hashem’s decree.

[1] In other words, all three aspects of the process – IVF, diagnosing the pre-embryos and the selecting of the healthy ones and discarding of the others.

[3] As the Mitzvah of Pru Urevu only obligates a person to procreate in the regular way.

[4] Rav Shlomo Zalman also held that even when an infertile couple was undergoing IUI, it was not proper to select the gender of the baby (e.g. to ensure that the firstborn child would be a son). Professor Steinberg attested that this was due to the injunction of the Gemara in Brachos (10a) ‘why do you concern yourself with those hidden things known [only] to Hashem?’

[8] Hashem does not however decree whether the child be righteous or wicked. That is left up to his Bechira – the choices he makes in his life.

[9] This includes even non life-threatening illnesses that would disrupt quality of life and would require medical attention.

[10] Which is fulfilled when one bears one son and one daughter.

This is a continuation of last week’s discussion regarding someone who is unable to speak reciting Brachos through Hirhur (contemplating the words of the Bracha) and cases of Ones. This week’s essay will focus on...