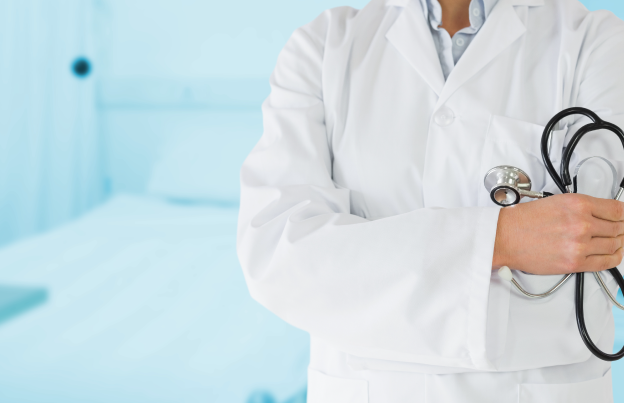 Beis Din and the Hippocratic Oath

“If a person will sin and will hear the sound of an oath, and he is a witness – either he saw or he knew – if he does not testify, he shall bear his iniquity.” (Vayikra 5:1)

This Posuk teaches that a person is obligated to appear before a Beis Din and testify if he knows of information that may affect a judicial process. Sefer Ha’Chinuch (Mitzvah 122) asserts that this obligation applies to both capital cases and monetary cases irrespective of whether he has information to incriminate or absolve the accused.

There is an important distinction between monetary and capital cases. In monetary cases, a witness is not obligated to testify unless one of the litigants or the court has requested or demanded his testimony. However, in cases of transgressing Torah prohibitions (‘Issurim’[1]), a person must come and testify of his own volition, in order to rid the Jewish people of evil and prevent them from sin.

The Poskim[2] discuss whether the obligation to testify applies even to a single witness, or only to two witnesses. Some say that it can be proven from the Rambam’s Sefer Ha’Mitzvos that the even an individual witness is obligated to testify.

The Rambam (Lo Saaseh 297) discusses the scope of the Mitzvah of ‘Lo Sa’amod Al Dam Reyecha’ – ‘do not stand idly by the blood of your friend’ – explaining that this Mitzvah enjoins us to try and save another Jew from any sort of harm, physical injury, or financial loss. He cites a Sifra which states that a person who withholds testimony that could be of benefit to another Jew, also transgresses this Lo Saaseh as he sees another person about to lose money that is rightfully his but refuses to come to his aid.

The Mitzvah of Lo Sa’amod Al Dam Reyecha most certainly applies to each individual person. Torah Temimah (Vayikra 5) therefore contends that according to the Rambam even a single witness transgresses a sin for withholding his testimony[3] as he is certainly bound by Lo Sa’amod Al Dam Reyecha. This is of great relevance to this week’s question: Is a doctor obligated to testify in Beis Din if his testimony will reveal confidential information?

The Hippocratic Oath, attributed to the Ancient Greek physician Hippocrates, establishes several principles of medical ethics. The text of the Hippocratic Oath[4] reads: “anything that I see or hear in the course of treatment, or even outside of the realm of actual treatment, that is not meant to be publicized, I will keep to myself and will be ashamed to speak of to others”. For centuries, medical students have accepted or signed either this oath or a similar oath, thus beholding themselves to the ethical standards that it advocates.

Indeed, the medical profession has always been bound by the strict rules of confidentiality, and the need to ensure that the information the physician is made aware of will not pass on to anyone else. The main purpose of confidentiality is to build trust between the physician and the patient, which is crucially important for the quality of the treatment.

There are two questions we may ask:

This essay will focus on the first of these two questions[5]. The second question is too broad a topic to broach in this forum[6].

The Authority of the Hippocratic Oath Versus the Obligation to Testify

If a person were to swear outright that he will not testify on somebody else’s behalf, it would be considered a Shevuas Shav – a pointless oath. As such it would not require Hatarah (nullification) – it is inherently invalid (Talmud Bavli, Shevuos 29a).

The commentators on the Shulchan Aruch (C.M. 28) cite a Mahari Weill who says that if a person claims that he cannot testify in Beis Din because he has promised somebody to keep the information a secret then “that person should release him from that promise”.

What if that person refuses to release him from the promise? Taz and Imrey Baruch rule that in fact the promise he made had no validity and he may testify. This is based on a ruling of the Rama (Y.D. 239:7) who writes: “there are those who say[7] that if a person swears not to reveal something to somebody that could save him from a loss, then it is considered like swearing not to perform a Mitzvah which has no validity.”

We may add, that not only does this oath conflict with the Mitzvah of saving a person from loss but it also conflicts with the Mitzvah to testify if one knows information that is relevant to a case. A promise or oath not to disclose the information is not Halachically binding in these circumstances.

Tzitz Eliezer (13:81:2) therefore rules that a doctor who promises not to disclose negative information about a patient, is considered “swearing not to perform a Mitzvah” if that information could save another person from harm. The promise is therefore not binding upon him and he is obliged to disclose the information.

A Distinction Between a Specific Promise and the Hippocratic Oath

The ruling of the Tzitz Eliezer related to a specific promise made by a doctor to a particular patient. Regarding the Hippocratic Oath, the law may very well be different.

The Tumim (28:1)[8] argues that there is a difference between somebody who directly takes an oath not to testify about a specific matter in Beis Din (which is considered “swearing not to perform a Mitzvah” and therefore has no validity) and somebody who takes a general oath not to discuss certain facts with anybody at all.

In the latter case, since his oath can take effect as far as not discussing the facts with ordinary people, it can therefore also incorporate not disclosing them to Beis Din (“Migu D’Chal L’Sha’ar Adam, Chal Nami L’Beis Din”[9]). This is because the oath does not specifically serve to undermine a Mitzvah in the Torah, but is made in a general sense and can therefore include not testifying to the Beis Din as well.[10]

If so, one could suggest that the Hippocratic Oath could work in the very same way. Since the oath adjures the doctor not to reveal medical information to anybody at all, and does not only address revealing information to Beis Din, it should be binding because of the sevara (logic) of the Tumim and would absolve the doctor from testifying.

However, Tzitz Eliezer (ibid) argues that whilst theoretically this would be effective from the perspective of the Tumim’s logic (of “Shevua koleles”), it would not actually prohibit the doctor from testifying. Since it is a sin to withhold testimony from Beis Din, a Torah-observant physician surely never intended that he would withhold information in a way that would violate a Mizvah in the Torah when he took the Hippocratic Oath. In fact, had it crossed his mind, he would have intended specifically to exclude such circumstances from his oath! He therefore may in fact testify to the Beis Din, or reveal medical information in any circumstances where doing so would constitute a Mitzvah[11].

An Oath that Precedes the Confidential Information

Rav Yosef Shalom Elyashiv zt”l (Moriya, Elul 5758 p63) derives a fascinating concept that has great ramifications for the Hippocratic Oath from a Gemara in Yoma (84a).

The Gemara relates how Rav Yochanan, who had been treated by a certain Roman matron for tzafdina (scurvy) promised her that he would not reveal the secret of her treatment to others. He then promptly revealed it public so as to avail others of the treatment. The Gemara explains that the reason that he was allowed to do so, was because he had cleverly worded his promise to her in such a way that he never actually promised not to reveal it to people[12].

Why does the Gemara not answer that Rav Yochanan could reveal the secret based on the fact that it was a Mitzvah to do so? His oath was surely inherently invalid.

Rav Yochanan, however, did not know the woman’s secret method of treatment before she revealed it to him. When he took the oath, he was not swearing not to perform a Mitzvah because he had no obligation at that time – he had no idea of the nature of the treatment to reveal to others. Only after she revealed the secret to him could Rav Yochanan be considered to have an obligation to share it with others, but he was already prevented by oath from revealing it. Therefore, the Gemara had to explain that his permission to publicize the treatment was due to his clever wording.

Rav Elyashiv was asked to rule in the case of a woman who had been examined by a doctor and found to have a certain illness. The doctor had promised her[13] not to reveal her medical information to anyone. At a later date, that same woman was about to be divorced and the Beis Din administering the Get called the doctor to testify about her illness. Was he permitted to do so or did he need to honor his oath?

Based on his explanation of the gemara above, Rav Elyashiv ruled that the doctor was in fact forbidden to testify. At the time that he swore not to reveal her medical information, there was no secret that he knew of. In such circumstances, where no Mitzvah exists at the time of the oath, it is not considered “swearing to not perform a Mitzvah” and the oath is therefore valid and binding.

[1] Such as witnessing a murder, assault, or any other violation of Torah law

[3] Others dispute the Torah Temimah’s contention. See Tumim (cited below) and footnote 5.

[4] There are other versions of the oath, from past generations to modern adaptations

[5] We will not catalog all of the considerations that relate to this question, but will focus on two fascinating considerations raised by Rav Eliezer Yehudah Waldenberg zt”l and Rav Yosef Shalom Elyashiv zt”l.

[6] This question has great ramifications for setting policy and general approach to the interactions between a doctor and his patients. See our essay to Parshas Vayeitzei.

[8] Having opined that a single witness only has an obligation to testify Mi’Dinei Shamayim.

[10] Tumim explains that this ruling depends on which answer of Tosfos (Shavuos 24a s.v. Ela Hein) one holds like. Other Poskim ad. loc. do cite the distinction made by the Tumim.

[11] Tzitz Eliezer does however advise the doctor to annul the oath (Hatarah) by means of Charatah (regret).

[13] Ostensibly, before performing any diagnostic testing