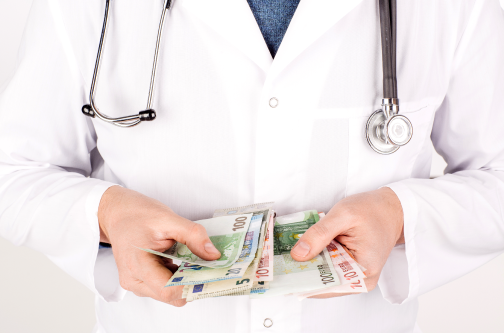 Payment for Medical Treatment on Shabbos

“For six days, work may be done, but the seventh day shall be holy for you – a day of complete rest for Hashem. Whoever does work on it shall be put to death.” (Shemos 35:2)

The Halacha forbids accepting payment for any service provided on Shabbos (‘Schar Shabbos’)[1]. This applies to all types of work – even work that doesn’t involve a Melacha. Nevertheless, one is permitted to accept Schar Shabbos if it is included in the payment for services rendered during the week (‘Schar Shabbos B’havla’ah’).

The source of this Halacha is the Gemara in Bava Metzia (58a) which cites a Tosefta (ibid. 8:1) regarding the hiring of a guardian for the Parah Adumah or for the field of barley being grown for the Omer offering. The Tosefta says that if the guardian was hired just for Shabbos, then he is not allowed to receive payment for his services. If, however, he had been hired for an extended period, he may receive payment for his work on Shabbos together with the payment for the other days of the week.

What would the Halacha be regarding a Ba’al Tokeia (for Rosh Hashana)[2]? The Tur (O.C. 585 in the name of his brother Rabbenu Yechiel) decried the practice in Spain where the “Gedolim” refused to blow Shofar and it became necessary to pay someone “off the street” (Echad min haShuk).

The Mahari Bruna (Shu”T 114) writes that even though Rabbenu Yechiel forbids payment for the Ba’al Tokeia, it is possible that he would agree with Rabbenu Shmuel and allow payment for a Chazan to lead the Tefilos on Shabbos. He distinguishes between the case of the Ba’al Tokeia – where there were others who could have done the Mitzvah but refused to do it – and the case of the Chazanim who typically would not want to be tied down to lead the Tefilos during the entire week and therefore only make themselves available for hire on Shabbos. This means that there is no choice in the matter, and it becomes permitted Lechatchila to hire them only for Shabbos.

The Beis Yosef (O.C. 585) cites the aforementioned Mordechai and takes issue with the leniency of Rabbenu Shmuel who said that taking money for performing a Mitzvah on Shabbos is not considered Schar Shabbos. Why should the performance of a Mitzvah be a reason to defy one of the Halachos of Shabbos?

He answers that in the case of the Chazanim, the agreement to hire them was always made before Shabbos began. Strictly speaking there is no issue of Schar Shabbos when an arrangement is made before Shabbos. Nevertheless, Rabbenu Shmuel held that ideally paying for work on Shabbos should be avoided even if an agreement had been made prior to Shabbos. However, when the work involves performing a Mitzvah, there is  no need to be stringent[3].

The Shulchan Aruch (O.C. 585:5), based on the ruling of Rabbenu Shmuel, rules that “one who takes payment for sounding the Shofar on Rosh Hashana, or leading the davening on Shabbos or Yom Tov, will not see blessing from it.” Magein Avraham (ibid.  12) infers that while those who take payment for performing Mitzvos on Shabbos and Yom Tov “will not see blessing from it”, they are nonetheless permitted to do so if they wish. The Bach (O.C. 306) also writes that the Minhag is to be lenient in this matter.

Elsewhere however the Shulchan Aruch appears to rule stringently. In the Halachos of Shabbos (O.C. 306:5) he writes: ‘it is forbidden to hire Chazanim to lead the Tefilos on Shabbos, but there are those who permit it’[4]. The general rule is that when the Shulchan Aruch cites two opinions and the second of them is introduced with the words “there are those” (Stam v’Yesh Omrim), he means to rule according to the first opinion (the Stam). Accordingly, it would seem that there is a contradiction in the Shulchan Aruch as in Hilchos Rosh Hashana (Siman 585) he implies that Schar Shabbos is permitted yet in Hilchos Shabbos (Siman 306) he seems to rule that Schar Shabbos is forbidden even when it is for performing a Mizvah.

For this reason, numerous Poskim (cited by Yabia Omer 5 O.C. 25:3) appear to have understood that the Shulchan Aruch in Hilchos Shabbos did in fact mean to rule leniently like the second opinion, notwithstanding the general rule of Stam v’Yesh Omrim.

Another profession that can involve Schar Shabbos is midwifery. According to the Mishnah Berurah (306:24), a midwife is permitted to receive Schar Shabbos for her work and his source is the Teshuva of the Mahari Bruna cited earlier. According to Mahari Brunna, all agree that it is only forbidden to take Schar Shabbos for a Mitzvah in a case where it could have been avoided (as with the Ba’al Tokeia where there were others available who could have done it for free but they were refusing to blow the Shofar). On the other hand, when a delivery occurs on Shabbos, there are no other options and the midwife can take the payment[5]. Moreover, it can be considered Schar Shabbos B’havla’ah as the community always needs the midwife to be ready to attend to a birth at any time through the entire week. The Pri Megadim (O.C. M.Z. 306:4) adds that this is Schar Mitzvah as she is performing the Mitzvah of Pikuach Nefesh – saving a life – and we’ve already seen that we can be lenient about Schar Shabbos b’Makom Mitzvah[6].

Rav Neuwirth zt”l (Shemiras Shabbos Kehilchasah Chap. 28 footnote 155) contends that according to the Pri Megadim the leniency of Schar Shabbos B’Makom Mitzva would only apply to saving the life of a Jew but one should not take payment for saving the life of a non-Jew on Shabbos. However, he goes on to cite a Teshuva of the Pekudas Eliezer (O.C. 29) who argued that since we are permitted to violate the laws of Shabbos even to treat non-Jews in order to prevent them from having ill-feelings (Eivah) towards us and the potential dangers that might arise, it would be considered a Mitzvah and it would therefore be permitted to take payment even for treating a non-Jew on Shabbos.

The Chasam Sofer (Shu”T C.M. 194) also permitted Schar Shabbos for treating non-Jews because it is forbidden to treat them gratis because of “Lo Seichoneim”. The Gemara (Avodah Zarah 20b) explains that the prohibition of “Lo Seichaneim” includes extending a gift to a non-Jew and providing them with a service without charge. A person is therefore compelled to accept payment for treating them. The Chasam Sofer does however recommend that the payment received be distributed to Tzedaka so as not to benefit from it.

The Nasi of our Beis Medrash, HaRav Asher Weiss Shlit”a, deduces from the Chasam Sofer that one is permitted to receive Schar Shabbos if one intends to distribute it to Tzedaka. This is, however, a difficult ruling to understand. Chaza”l did not merely forbid receiving payment for work performed on Shabbos – they forbade performing any act[7] for payment. It should make no difference whether one decides to make use of the payment received or not, so long as the other party was obligated to pay for the service he received, one has transgressed the prohibition of Schar Shabbos.[8]

Rav Weiss therefore said that the Chasam Sofer certainly never intended to permit Schar Shabbos across the board if it will be distributed to Tzedaka. Rather, seeing as we cannot obligate the doctor to treat patients for free on Shabbos, and there may be an obligation to  take payment because of “Lo Seichoneim”, he may accept the payment – although it would be better that he give it to Tzedaka rather than benefit from it.

Another understanding of the ruling of the Chasam Sofer may be that he considers taking payment for treating a non-Jew on Shabbos as Schar Shabbos B’Makom Mitzvah [9]. Since one may not treat a non-Jew gratis because of “Lo Seichoneim”, taking payment is considered a Mitzvah. If so, there is room to be lenient in the Halachos of Schar Shabbos as discussed above. The Chasam Sofer nevertheless recommended that the money be given to Tzedaka because the Shulchan Aruch says that a person who receives Schar Shabbos for a Mitzvah “will not see blessing from it.”

Halachically speaking, in most cases, doctors and nurses provide medical treatment as part of their regular employment for medical practices, hospitals, or government agencies for which they receive a weekly or monthly salary. If so, they may be compensated for any work they perform on Shabbos because it will always be Schar Shabbos B’havla’ah.

However, if a doctor or nurses treats a patient privately (i.e. not in the course of their regular employment), Shemiras Shabbos Kehilchasah (ibid.) rules that they may ask for payment for their work[10] as it is considered a Mitzvah. Whenever possible, they should try to ensure that the payment includes follow-up care that takes place after Shabbos. This would make it Schar Shabbos B’havla’ah and would be permitted according to all opinions.

[1] Rashi (Kesubos 64) explains that Schar Shabbos is forbidden because Chaza”l were concerned that it would lead to people conducting their business activities on Shabbos itself.

[2] A Ba’al Tokeia’s work is entirely performed on Yom Tov – does that mean it comes under the prohibition of Schar Shabbos?

[3] There are many who contest this approach of the Beis Yosef because the Gemara in Nedarim (37) rules that a person may not take payment for teaching children to read Pesukim correctly on Shabbos (Pisuk Te’amim) unless it is B’havla’ah. We see that even in the case of a Mitzvah we are not lenient. See Yabia Omer (5 O.C. 25:3).

[5] She must be compensated for her work (even if it is performed on Shabbos) because if she thinks that she is working for free she may decide not to come at all or dawdle on her way.

[6] Pri Megadim does however conclude that it would be better, where possible, to hire a midwife before Shabbos, or at least not to mention on Shabbos the amount of money she will be paid.

[7] Or indeed hiring out any of one’s possessions

[8] In other words, the prohibition is not only on accepting payment (“Kabbolas ha’sechar”) but also on creating the obligation of payment (“Asiyas ha’revach”)

[10] They shouldn’t discuss the payment n Shabbos itself