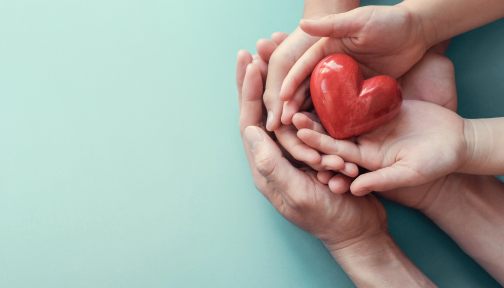 To Give is To Receive

‘Veyikchu li Terumah’ – as it is written ‘Ki Lekach Tov Nassati Lachem’ – ‘For I have given you a good teaching’ (Mishlei 4:2). Rav Berechya Ha’Kohen explained [the use of the word “lekach”[1]] as hinting at Hashem’s great delight at having given His Torah to the Jewish people. Unlike a human being who feels sad and regretful upon being forced to part with one of his possessions, Hashem, joyously declared ‘For I have given you a good teaching’ when He gave us the Torah. Moreover, when a person buys an item he doesn’t acquire the owner along with the purchase. In this case, however, Hashem said that in receiving the Torah ‘it is as if you are buying Me’.

The Medrash concludes that this is the meaning of the verse ‘Veyikchu Li Terumah’ – ‘let them take for me a portion’. The ‘taking’ that it speaks of is the taking of Hashem Himself as He is ‘acquired’ by dint of the donation.

Kli Yakar explains that the core message of this Medrash is that when a person makes a donation to a cause, he is in fact taking much more than he is giving. Although it seems that he parts with his own resources but receives nothing in return, he actually gains far more than he gave away. This is evident in the giving of the Torah where the Jewish people received Hashem Himself together with His Torah as explained by the Medrash above.

The Medrash connects the Torah and the Mishkan to emphasize that in both cases a person receives more than he gives. When teaching Torah, the teacher’s understanding grows more than his students – ‘from my students I learnt more than from all the others’ (Gemara Ta’anis 7a). Similarly, when it came to giving donations to the Mishkan, the donors received much more than they gave.

According to the Kli Yakar, this is also the explanation of the first part of the Medrash. When Hashem gave away His Torah, rather than being sad and regretful, He was joyful and happy. In our attempts to emulate Him (mah hu, af atto), when we teach Torah to others, we too should rejoice in the opportunity to grow wiser in the process.

This concept is also apparent in the Halacha that one is obligated to teach Torah gratis. The source of this Halacha is the Gemara in Bechoros (29a) which expounds the verse uttered by Moshe Rabbenu ‘see, I have taught you statutes and laws just as Hashem commanded me’ (Devarim 4:5). The Gemara explains: Just as Hashem bid that Moshe teach the Jewish people these statutes and laws without recompense so would they be obligated to teach them to one another without recompense.[2]

The Gemara extends this to the performance of Mitzvos as well. A person may not charge a fee to perform a Mitzvah on another’s behalf just as he may not charge for teaching Torah.

In light of the above ruling, the Poskim discuss extensively whether a doctor should be allowed to receive remuneration for medical care. Since a doctor fulfills multiple Mitzvos when treating patients, perhaps he should be forbidden from charging for his services?

The Poskim delineate four categories of remuneration that are relevant to a doctor based on the Ramban in Toras Ha’Adam:[3]

There is a great deal of discussion among the Poskim regarding these four categories and the practical ramifications of this Halacha. However, this essay will focus on an important moral concept that arises from the words of the aforementioned Medrash and Kli Yakar.

The idea that emerges from the words of the Medrash and Kli Yakar is that when one gives to a spiritual cause one receives much more in return. In that light it could be suggested that the reason that we teach Torah and perform Mitzvos without charge is that these acts are inherently rewarding. When a person teaches Torah he enriches his own Torah knowledge no less than he enriches that of his students. When he donates to a worthy cause, his own spiritual standing grows immeasurably – ‘More than the Ba’al Ha’Bayis does for the pauper, the pauper does for the Ba’al Ha’Bayis’ (Rus Rabbah 5:9).

The same could be said of the Mitzvah of treating the sick. The doctor who steadfastly and devotedly tends to his patients grows spiritually from his treatment of others; his spiritual benefit is no less than the therapeutic benefit of his patients. While this is true of all Mitzvos, it is particularly relevant to the practice of medicine. Chaza”l say that ‘anybody who helps keep one Jewish person alive is considered as if he has upheld an entire world’. Doctors who work tirelessly for the sake of their patients’ lives can go home each night with the uplifting satisfaction that they have ‘upheld many worlds’. From this perspective, monetary compensation for the practice of medicine would seem irrelevant and unimportant. Although it is obviously appropriate and necessary for doctors to be paid fairly for their efforts, we must not forget that fundamentally, the practice of medicine also confers great spiritual benefits and rewards, outweighing any possible monetary or material compensation.

This is the lesson of ‘Veyikchu Li Teruma’ – ‘and they shall take for me a portion’. The Torah demands a generosity of spirit that leads the donor to feel as if he is the recipient. The greatest privilege in the world is to bestow one’s talents and knowledge upon others.

One of the defining tenets in the practice of medicine is a strong commitment to professionalism and objectivity. This commitment is vitally important to ensure that medical practice meets high standards of quality and integrity. It also helps to create a professional detachment that ensures that care will not be compromised in high-stakes or traumatic situations.

Nevertheless, an overly professional detachment contradicts the generosity of spirit that is a crucial ingredient in the practice of medicine. A doctor who conducts himself as an utterly objective practitioner may ignore desperate knocking of a sick neighbor on the door of his home or abruptly leave the hospital ward at the end of his shift despite anxious relatives desperate for clarification of their loved one’s conditions or diagnoses. In these instances, ‘generosity of spirit’ must override professional detachment.

While doctors can take pride in their professionalism and should appreciate and enjoy the financial security of their respectable profession, a doctor should never lose sight of the transcendent spiritual benefits of his efforts. His perspective shall always remain a humble one as he forever considers that he is far more ‘recipient’ than ‘giver’.

[2] Naturally, Hashem Himself did not charge for teaching the Torah to Moshe Rabbeinu as it says – ‘Ki Lekach Tov Nassati Lachem’ – ‘For I have given you a good teaching’.

It is fairl common for elderly people to say Kadish in Shul, even if they are not cognitively intact, such as individuals with dementia or Alzheimer’s disease. Is it permissible to answer Amen to their Kadish? A further...